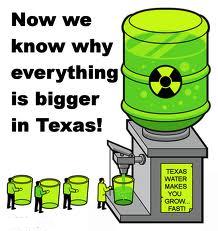 from khou: A radioactive water well that is controlled by the City of Houston, and that serves residents of Jersey Village, is no longer being used, according to the communications director for Houston Mayor Annise Parker. On Monday, a KHOU-TV investigation revealed Jersey Village water well #3 was one of 10 water wells identified by recent federal tests as having tested high for a particularly damaging form of radiation called alpha radiation.