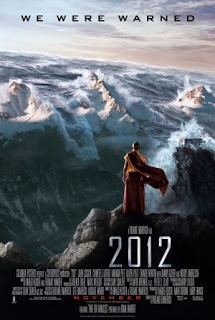 from ap: Apolinario Chile Pixtun is tired of being bombarded with frantic questions about the Mayan calendar supposedly “running out” on Dec. 21, 2012. After all, it’s not the end of the world.

Definitely not, the Mayan Indian elder insists. “I came back from England last year and, man, they had me fed up with this stuff.”

It can only get worse for him. Next month Hollywood’s “2012” opens in cinemas, featuring earthquakes, meteor showers and a tsunami dumping an aircraft carrier on the White House.

“It’s too bad that we’re getting e-mails from fourth-graders who are saying that they’re too young to die,” Martin said. “We had a mother of two young children who was afraid she wouldn’t live to see them grow up.”

A significant time period for the Mayas does end on the date, and enthusiasts have found a series of astronomical alignments they say coincide in 2012, including one that happens roughly only once every 25,800 years.