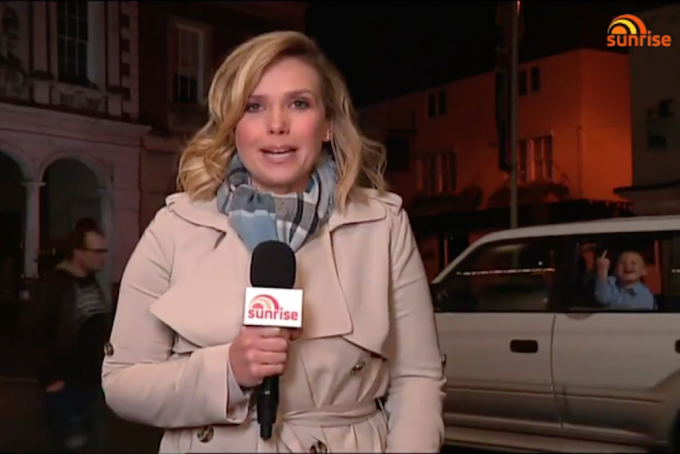 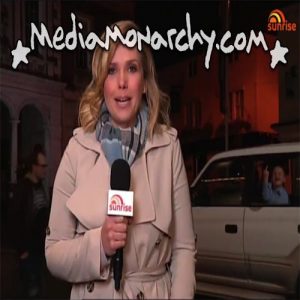 Flippin' off the royals, there's something about shills and outrageous government conduct + this day in history w/radio days and our song of the day by Boulevards on your Morning Monarchy for May 7, 2019.

Joe Biden claims he was a staunch liberal in the Senate. He wasn’t
https://www.politifact.com/truth-o-meter/statements/2019/may/06/joe-biden/joe-biden-claims-he-was-staunch-liberal-senate-he-/

Journalist and professor Telesforo Santiago Enriquez, who fronted a radio program in an indigenous community in southern Mexico, was shot dead, making him the fourth journalist to be murdered in Mexico this year
https://twitter.com/AFP/status/1124337171517902848

VIDEO: Near Gaza City's port an unfamiliar sound can be heard -- the rumble, grind and clatter of skateboards. The ramps and ledges may not look like much, but they make up the first and only full skate park in the Palestinian enclave (Audio)
https://twitter.com/AFP/status/1125160239374798850

Turkey's top electoral body has ordered a rerun of the mayoral election in Istanbul, ruling in favor of President Recep Tayyip Erdogan's governing party which had challenged the legitimacy, citing alleged irregularities.
https://twitter.com/AP/status/1125455616879755265

The @FBI sent a #Spy to #London in Fall 2016 to target a Trump campaign associate, according to @NYTimes. #AzraTurk pretended to by an aide to #StefanHalper, the retired professor who was exposed a year ago as a US gov't spy targeting Trump's campaign.
https://twitter.com/EpochTimes/status/1124424647838195712

A man who plotted to bomb #NewYorkCity’s subways, then switched sides after his arrest and spent nearly a decade helping the US identify and prosecute terrorists, was rewarded for his help with a sentence of 10 years in prison.
https://twitter.com/EpochTimes/status/1124715314229448704

Is the coffee fresh, or is the pot recording your conversation?: Attorney General’s Office used hidden camera to record Padilla interview
https://twitter.com/thenewmexican/status/1123962127159562241

Insurance Companies Are Monitoring Your Phone to See How Much You Use It While Driving 🚘📱
https://twitter.com/XEyezWideOpenX/status/1123332327785074688

#ThisDayInHistory: #May7 w/In 1895, scientist Alexander Popov demonstrates the Popov lightning detector—a primitive radio receiver. In some parts of former Soviet Union the anniversary of this day is celebrated as #RadioDay. (Audio)
https://twitter.com/mediamonarchy/status/1125823843442888704

Flashback: 100 civilians die in botched US airstrike on Afghanistan // update1: Taliban may have faked civilian slaughter (May 7, 2009)
https://mediamonarchy.com/100-civilians-die-in-botched-us/