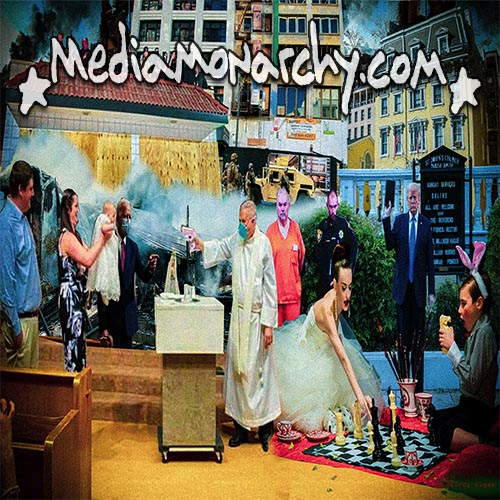 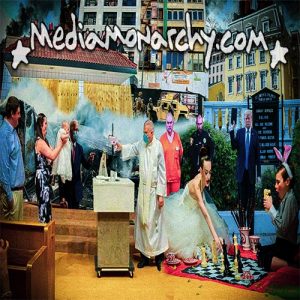 Bible stunts, running the jewels and dinner with horde prime + this day in history w/Jeff Buckley's body and our song of the day by Aesop Rock on your Morning Monarchy for June 4, 2020.

FBI busts a human sex trafficking ring of women and children, however they had to drop the case because too many FBI agents engaged in sex acts with said victims. THE FUCKING FBI, FOLKS.
https://twitter.com/Birdiesfav/status/1263290544291110913

Trump spurs fresh outrage after police used tear gas to clear protesters so he could pose for photographs at a nearby damaged church. The move earned him a sharp rebuke from the city mayor, the Episcopal bishop and Biden. (Audio)
https://twitter.com/AFP/status/1267665889677045760

Video: They salted the snifter. Double act black 'Pizza Box' guy & Umbrella 'Agent Provocateur' MPD cop Jacob Pederson - they were in it together to get the riot party started
https://twitter.com/realDailyCivic/status/1266343490465775622

Piles of BRICKS mysteriously sprouting near riot hotspots all over US have journalists demanding answers
https://twitter.com/ShawnCathcart/status/1267669255748816897

Videos continue to surface showing protesters stumbling upon pallets of bricks or pavers in areas with no construction taking place
https://twitter.com/NOTDumPhuk/status/1267489877400211456

This video of cops accidentally arresting an FBI agent is amazing (Audio)
https://twitter.com/Unnamedinsider/status/1267415249197641730

Obama speaking tonight is designed to do 3 things // 1. Get black people to calm down in a time where we should be outraged // 2. Convince people voting for Biden will solve all our problems // 3. Whitewash his record brutalizing protestors at Standing Rock and Occupy
https://twitter.com/FlyThaiMMA/status/1268259958174384134

Warnings of overrun hospitals were "an error" that resulted in the spread of coronavirus in nursing homes, AHCA President and CEO Mark Parkinson said
https://twitter.com/politico/status/1264612134211719169

Cockroach-infested long-term care homes, soiled residents left to wallow, #COVID19 patients allowed to wander around, forceful feeding of the elderly, and a “culture of fear to use supplies because those cost money.”
https://twitter.com/TorontoStar/status/1265335849417400320

This local segment on Gov. Michelle Grisham who is a possible Biden VP pick is just brutal. She had an expensive jewelry store open to deliver her jewelry after locking down businesses and banning curbside pickups. (Audio)
https://twitter.com/LibWatchdog/status/1265626388515696641

#HolyHexes Update: MM'er wrote to say, "that cemetery they dug up in Santa Fe is where they buried Black Jack Ketchum, he was a gunfighter who was famous because his head popped off when they hung him, too long of a drop apparently. His grave is just a marker in the weeds there."
https://twitter.com/mediamonarchy/status/1265810439981551617

Madeleine McCann's parents say they will 'never give up' finding daughter as police identify convicted paedophile as suspect
https://twitter.com/NOTDumPhuk/status/1268329951427727361

#ThisDayInHistory: #June4 w/The body of musician Jeff Buckley found floating in a harbor leading to the Mississippi River on this day in 1997, having disappeared the previous Thursday while swimming in a Memphis harbor. (Audio)
https://twitter.com/mediamonarchy/status/1268601642447826944