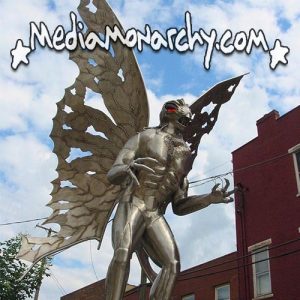 Standing guard, missing kids and charging Masterson + this day in history w/the murder of Alan Berg and our song of the day by Toots and the Maytals on your Morning Monarchy for June 18, 2020.

Tonight, Mercury stations at 15° Cancer & will begin its 3-week retrograde backwards through the cardinal sign of the crab. Mercury will retrograde until July 12 when it reaches 6° Cancer. So what can we expect during yet another Mercury retrograde season?
https://twitter.com/AstrologyVibez/status/1273397198122741763

A special disinfectant tunnel has been installed in Russian President Vladimir Putin’s house to protect him from coronavirus, state media reported. The tunnel is designed to disinfect everyone passing through it with a “fine water mist.”
https://twitter.com/cnnbrk/status/1273195000977928193

Dedication to family. You’ve got to be kidding me. He terrorized his family, abused his children, and beat his wife.
https://twitter.com/MattWalshBlog/status/1273369934685523970

WCVB Portrays Rayshard Brooks As Loving Father Despite Being Charged With Cruelty To Children, Battery On Family Member, False Imprisonment And Much More
https://twitter.com/lsferguson/status/1272504801771827200

Best friend of Lori Vallow’s daughter Tylee tells how ‘cult’ mom was like a mother to her and would talk about the world ending saying ‘let’s run off a cliff and die all together’
https://twitter.com/RickAlanRoss/status/1272538000312791041

“The KiMo was designed and built in 1927 using the style and designs that were very common to several Native American cultures in the American southwest at that time.”
https://twitter.com/mediamonarchy/status/1273483257967816705

Three Sisters Collective has invited the public to meet at the Plaza at 5 p.m. Thursday “to demand that the obelisk celebrating violence against ‘savage Indians’ be removed.”
https://twitter.com/thenewmexican/status/1273330324630634501

#VIDEO: It was a brazen heist in the heart of Old Town. A group making off with a five-foot tall wooden statue historically referred to as a cigar store Indian.
https://twitter.com/BradyWakayama/status/1273369871883984896

Sunday police shooting wounds suspected shoplifter, but he was black and stabbed the employees, so…
https://twitter.com/SantaFeReporter/status/1270823187115200517

Melanie Villegas, 25, and her husband Daryl Carson, 31, face one charge each of nonresidential burglary, possession of burglary tools, criminal damage to property and larceny after Santa Fe County sheriff’s deputies said they went onto the property.
https://twitter.com/thenewmexican/status/1273360286435758080