and the panic grows, this time in platteville, colorado… 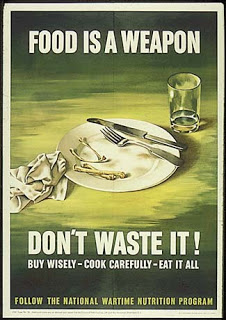 from washington post: A farm couple got a huge surprise when they opened their fields to anyone who wanted to pick up free vegetables left over after the harvest – 40,000 people showed up. Joe and Chris Miller’s fields were picked so clean Saturday that a second day of gleaning – the ancient practice of picking up leftover food in farm fields – was canceled Sunday. “‘Overwhelmed‘ is putting it mildly,” Chris Miller said. “People obviously need food.” She said she expected 5,000 to 10,000 people to show up Saturday to collect free potatoes, carrots and leeks. Instead, an estimated 11,000 vehicles snaked around cornfields and backed up more than two miles. About 30 acres of the 600-acre farm 37 miles north of Denver became a parking lot. Miller said they opened the farm to the free public harvest after hearing reports of food being stolen from churches. It was meant as a thank-you for customers.

from latimes: Some sought a cart of groceries the week before Thanksgiving, others sought a way to keep from losing their homes in the new year. By the thousands, a diverse group of Southern Californians converged on two events Saturday aimed at helping families in hard economic times. The problems, and the aid offered, were vastly different. But both reflected the worries and needs of many. In Montebello, nearly 5,000 turned out for a food giveaway, a number that stunned organizers who had tried to keep it a low-key event, targeting publicity to several churches and schools…

In Van Nuys, about 2,000 homeowners attended a workshop promoted as Home Preservation Day. But this was not about how to lay tile or install plumbing. A bank had mailed notices to homeowners in trouble with their mortgages, and Saturday offered them a chance to rework the terms of their loans. Bankers had hoped 100 would turn out, and planned for 200. Loan counselors had time to meet with a fraction of homeowners and some were turned away.

americans’ food stamp use nears all-time high
from washington post: Fueled by rising unemployment and food prices, the number of Americans on food stamps is poised to exceed 30 million for the first time this month, surpassing the historic high set in 2005 after Hurricane Katrina. The figures will put the spotlight on hunger when Congress begins deliberations on a new economic stimulus package, said legislators and anti-hunger advocates, predicting that any stimulus bill will include a boost in food stamp benefits. Advocates are also optimistic that President-elect Barack Obama, who made campaign promises to end childhood hunger and whose mother once briefly received food stamps, will make the issue a priority next year. “We soon will have the most food stamps recipients in the history of our country,” said Jim Weill, president of the Food Research and Action Center, a D.C.-based anti-hunger policy organization. “If the economic forecasts come true, we’re likely to see the most hunger that we’ve seen since the 1981 recession and maybe since the 1960s, when these programs were established.”

experts warn of food shortages
from george washington: The headline of an article on Bloomberg warns “Food Prices Will Rise, Causing Export Bans, Riots”. Leading economist Nouriel Roubini warns of possible food riots. The Financial Times points out that farmers rely on credit, and credit is drying up. One of the top experts on derivatives, economist Nassim Nicholas Taleb, warns that supermarkets may not be able to borrow against their inventory, and will thus be forced to shut down. I hope they’re wrong. But when experts like Roubini and Taleb warn of a potential problem, I have to listen.