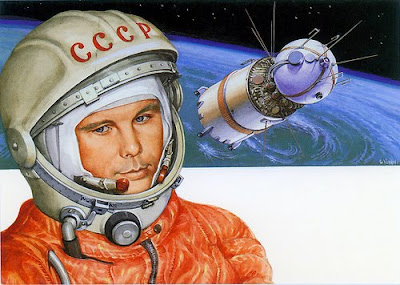 Russian cosmonaut Yuri Gagarin blasted off aboard Vostok 1, on April 12, 1961, to become first man in space. The event proved a second political coup for the Soviet Union. The Communists had put Sputnik the first satellite in orbit. You can view a condensed version of Gagarin's story in just 39 seconds on YouTube.