farmers suing german-based bayer cropscience over gm rice
from ap: Nearly 1,500 rice farmers are suing the German conglomerate Bayer Cropscience and affiliated companies over a genetically engineered strain of rice. The lawsuit filed Tuesday in federal court in Little Rock claims the farmers' crops were corrupted by the rice that was produced by Bayer. The U.S. Department of Agriculture announced in August 2006 that traces of an unapproved genetically engineered rice had been found in U.S. supplies of long-grain rice. The lawsuit says Bayer and Riceland Foods Inc. confirmed the traces in early 2006 but didn't tell farmers, the government or the public until July or August. A dollar amount being sought in damages is not given in the complaint. A spokesman for Bayer said he had not seen the lawsuit and couldn't comment.

united nations plans to emerge as the controlling government* 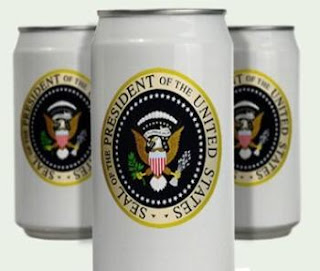 from counterpunch: When Obama sat down for a beer in the White House Rose Garden with Professor Gates and Sergeant Crowley, they all turned their backs on the smaller, craft brewers of the country. Obama chose Bud Light, Gates asked for Red Stripe, and Crowley drank Blue Moon. One of the major craft brewers based where I live in Vermont is Magic Hat, a brewery with a delicious array of brews. That brewery issued a press release following the “Beer Summit” explaining, “Craft Brewers the country over are chagrined by the President’s choice to consume a beer owned by a company based outside of America’s borders. Bud Light, owned by Belgium-based AB InBev, and Blue Moon, owned by London-based SAB MillerCoors, together control 94% of the beer market in the United States. However, the United States boasts over 1,500 craft brewers, the majority being made up of small Main Street Businesses that employ less than 50 people.” This encounter at the Rose Garden provides a perfect time to reflect on why we should all boycott the beer monopolies of the world. One reason to boycott large breweries is the union busting, right wing culture that dominates some of the biggest breweries in America. Yuengling, America’s oldest brewery, and Coors, America’s biggest brewery, both offer insights into the ugly political and labor practices of this multi-billion dollar industry.