epa fails to inform public about weed-killer in drinking water 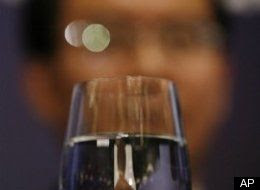 from huffingtonpost: One of the nation’s most widely-used herbicides has been found to exceed federal safety limits in drinking water in four states, but water customers have not been told and the Environmental Protection Agency has not published the results.

Records that tracked the amount of the weed-killer atrazine in about 150 watersheds from 2003 through 2008 were obtained by the Huffington Post Investigative Fund under the Freedom of Information Act. An analysis found that yearly average levels of atrazine in drinking water violated the federal standard at least ten times in communities in Illinois, Indiana, Ohio, and Kansas, all states where farmers rely heavily on the herbicide.

In addition, more than 40 water systems in those states showed spikes in atrazine levels that normally would have triggered automatic notification of customers. In none of those cases were residents alerted.

In interviews, EPA officials did not dispute the data but said they do not consider atrazine a health hazard and said they did not believe the agency or state authorities had failed to properly inform the public. “We have concluded that atrazine does not cause adverse effects to humans or the environment,” said Steve Bradbury, deputy office director of the EPA’s Office of Pesticide Programs.