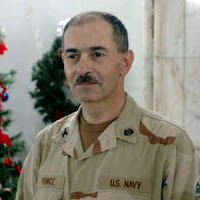 from miami herald: For two decades, attorney Prescott Prince was a solo practitioner with a small family and criminal law practice in eastern Virginia, and a reserve Navy career on the side... Tuesday, the soft-spoken 53-year-old with a mustache and thinning hair found himself with what well could be the case of a lifetime, if not the century: The Pentagon assigned him to defend Khalid Sheik Mohammed, the reputed al Qaeda kingpin and alleged mastermind of the Sept. 11, 2001 attacks...

we have no record of mukasey's 'warning' 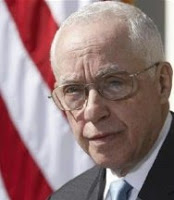 from raw story: The vice chair of the prominent 9/11 Commission is denying Attorney General Michael Mukasey's claim that the US received a warning before the attacks of Sep. 11, 2001, Salon reports. "I am unfamiliar with the telephone call that Attorney General Mukasey cited in his appearance in San Francisco on March 27. The 9/11 Commission did not receive any information pertaining to its occurrence," said former Rep. Lee Hamilton in a statement received by Salon's Glenn Greenwald, who has closely followed the Mukasey revelation. 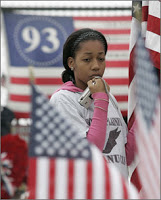 from usa today: Relatives of the passengers and crew of United Airlines Flight 93 are stepping up pressure on Congress to decide whether the people who died fighting their attackers on Sept. 11, 2001, deserve the nation's highest civilian award... Debra Burlingame is the sister of Capt. Charles "Chic" Burlingame, a pilot who died when his American Airlines flight crashed into the Pentagon on Sept. 11. She agrees that the people on Flight 93 deserve an honor beyond what others receive. "They were magnificent. And that story should be told," she said. "When you acknowledge them with these kind of historic gestures you make sure that those stories never die."