from nj star-ledger: The eighth anniversary of the 9/11 attacks is a month away and some survivors of those lost believe it's a good time to renew an investigation into the events of that disastrous day. New York City disagrees. "We know we never have learned the truth, it's as simple as that," says Lorie Van Auken of East Brunswick, one of the most ardent supporters of the creation of the 9/11 commission in 2002. It was headed by former New Jersey governor Thomas H. Kean. "Members and staff of the 9/11 commission have said many of the questions raised by the attacks have never been answered."

google temporarily shuts down sibel edmonds' blog
from kurt nimmo: Increasingly, Google and its properties - the vastly popular video site YouTube and equally popular Blogger - are tools for shutting down opposition to the government. On the weekend, Google removed an Alex Jones video critical of Obama’s policies. Google classified the video as “hate speech” because the corporation allegedly received complaints the content of the video was racist. In the video, Alex appears as “Obama the Joker,” as depicted in a now infamous street art poster. Google also shut down the blog of Sibel Edmonds last week. Edmonds is a former FBI translator and founder of the National Security Whistleblowers Coalition. Edmonds is fighting efforts by the FBI and the Department of Justice to prevent her from testifying in a case of alleged election fraud. Edmonds is scheduled to testify before the Ohio Elections Commission and both the Department of Justice and the FBI are attempting to halt her from testifying. On July 31, Edmonds told the Mike Malloy Show the U.S. government had “intimate relations” with Osama bin Laden right up to the day of the attacks in New York on September 11, 2001. “These ‘intimate relations’ included using Bin Laden for ‘operations’ in Central Asia, including Xinjiang, China. These ‘operations’ involved using al Qaeda and the Taliban in the same manner ‘as we did during the Afghan and Soviet conflict,’ that is, fighting ‘enemies’ via proxies,” reported the Brad Blog. In an email sent today, Edmonds writes about Google blocking her Blogger account. “My Blog Site http://123realchange.blogspot.com is now blocked by Google’s Blogger. They will not let me post during this most sensitive period, when I am about to provide deposition on Foreign US government illegal operations in the United States!”

from nydailynews: An FDNY veteran who worked tirelessly at Ground Zero and pushed for better health benefits for first responders died Sunday after a battle with cancer. John McNamara, 44, spent 10 years with the FDNY and was diagnosed with colon cancer in the aftermath of his time at Ground Zero. McNamara spent about 500 hours looking for his fallen brethren at the site where the World Trade Center once stood, and his plight was part of a documentary called "Save the Brave," which chronicled the lives of ailing rescue workers. McNamara, who was assigned to Ladder 123 in Crown Heights, Brooklyn, also joined the FDNY's rescue mission to New Orleans after Hurricane Katrina. He became ill in June 2006 and the cancer spread to his liver and stomach. Though gravely ill, he spent his remaining years fighting for better testing and health benefits for firefighters who worked at Ground Zero. "We take comfort in knowing this hero no longer suffers," said John Feal, head of an advocacy group for Sept. 11th responders. McNamara is survived by his wife, Jennifer, and 2-year-old son, Jack.

white house: 9/11 plotters planning attack against US
from ptinews: The people who planned and executed the 9/11 attack are still operating in the area and plotting attack against the United States, the White House today said, adding this is the reason why America continues to be in Afghanistan. "We should keep in mind that the reason we are in Afghanistan is because the people who plotted and executed the attacks on 9/11 are still operating there and are plotting attacks against Americans even now," White House Deputy Press Secretary Bill Burton told reporters abroad Air Force One traveling with US President Barack Obama, en route to Andrews Air Force Base from Mexico. President Obama, he said, feels that the troops in Afghanistan are operated under some of the most dangerous conditions in the world and they are doing it bravely and with a great amount of courage.

interrogation incorporated:
2 US architects of harsh tactics in 9/11’s wake 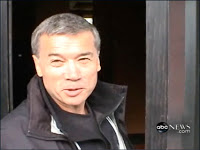 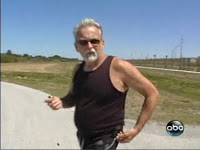 from nytimes: Jim Mitchell and Bruce Jessen were military retirees and psychologists, on the lookout for business opportunities. They found an excellent customer in the Central Intelligence Agency, where in 2002 they became the architects of the most important interrogation program in the history of American counterterrorism. They had never carried out a real interrogation, only mock sessions in the military training they had overseen. They had no relevant scholarship; their Ph.D. dissertations were on high blood pressure and family therapy. They had no language skills and no expertise on Al Qaeda. But they had psychology credentials and an intimate knowledge of a brutal treatment regimen used decades ago by Chinese Communists. For an administration eager to get tough on those who had killed 3,000 Americans, that was enough. So “Doc Mitchell” and “Doc Jessen,” as they had been known in the Air Force, helped lead the United States into a wrenching conflict over torture, terror and values that seven years later has not run its course.

9/11 mind swell
from joel s. hirschhorn: As we approach the eighth anniversary of 9/11 consider this paradox: In the post 9-11 years the scientific evidence for disbelieving the official government story has mounted incredibly. And the number of highly respected and credentialed professionals challenging the official story has similarly expanded. Yet, to the considerable disappointment of the international 9/11 truth movement, the objective fact is that there are no widespread, loud demands for a new government-backed 9/11 investigation. The 9/11 truth movement is the epitome of a marginalized movement, one that never goes away despite not achieving truly meaningful results, which in this case means replacing official lies with official truth. What has gone wrong?