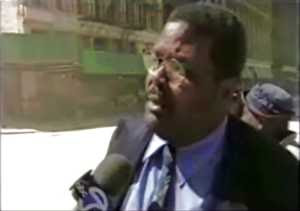 updates on the death of 9/11 eyewitness, barry jennings

from jack blood: It seems that Dylan [Avery] had hired a private investigator to look into [Barry] Jennings death which remains shrouded in mystery. His motive was simply to bring some closure to the life of Barry Jennings, and in doing so to honor the memory of this brave American. The Investigator ended up referring the case to Law enforcement before refunding his pay, and told Dylan never to contact him again.
download interview [27.2mb mp3]

Very unusual to say the least. Dylan also paid a visit to the Jennings home. He found it vacant and for sale. Personally, something is really beginning to stink here. Why would a highly paid PI refuse to continue his investigation? Why did he refer the matter to police? He is not talking. What is he afraid of? Was he warned to cease and desist? If so by whom? These are some of the new questions revolving around the Jennings case. In every major cover up from the JFK assassination to Iran Contra, we can see one common thread: The untimely death of eyewitnesses. Barry Jennings was not only an important and most credible eyewitness, but he openly refuted much of the government, and media version of events. He was a liability. 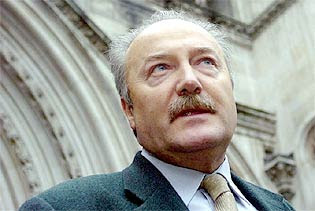 from 9/11 blogger: George Galloway MP had a New Yorker called Tom Feeley on his Talksport radio show last night talking about 9/11 & with particular focus on the destruction of the Twin Towers & WTC7. George opens the show explaining that he still holds Islamic extremists responsible but a chance meeting with this Tom guy in New York has planted seeds of doubt in his mind.
download interview [15.3mb mp3]

same killers, different day
from john hankey: There are a number of important parallels between the 9/11 attacks and the murder of JFK: the stand down of the most basic defense procedures / the outrageous cover-up and destruction of evidence / and the last name of some of the major perpetrators. Obviously the Bushes were involved in 9/11. Less well-known and less obvious is the central role played by George HW in the Kennedy assassination. It has taken 40 years to collect the evidence to hang Kennedy’s murder around Bush’s neck.

giuliani angry at dutch tv jury for exonerating osama
from foxnews: A fake jury that exonerated Usama bin Laden from the Sept. 11 terror attacks following a televised mock trial on a popular Dutch program sends a "disturbing" message to the world and fuels conspiracy theories, former New York Mayor Rudy Giuliani and other former U.S. prosecutors told FOXNews.com... Rudy Giuliani, former U.S. attorney for the Southern District of New York and Republican presidential candidate, said programs like this are dangerous. "It's such a bizarre and irrational [ruling] that I don't think it'll have any weight with anyone, other than to fuel conspiracy theories," said Giuliani. "The clear damage it does is that it gives people who want to seize on irrational theories something else to talk about.. I hope it's going to be dismissed as a very bizarre, aberrational decision," Giuliani said.