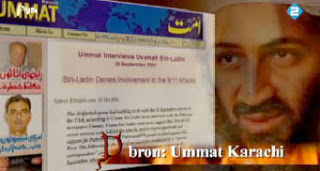 from hollywood reporter: A Dutch TV jury has found Osama bin Laden not guilty of the Sept. 11 attacks. In the conclusion Wednesday night to the show "Devil's Advocate" on Dutch public broadcaster Nederland 2, the jury of two men and three women, along with the studio audience, ruled there was no proof bin Laden was the mastermind behind the attacks on the World Trade Center and the Pentagon in 2001. The Netherlands, home to "Big Brother" creator Endemol, is known for being on the cutting edge of format-based television. But even for Dutch standards, "Devil's Advocate," from Amsterdam production house AVRO, pushes the envelope. The show features star defense attorney Gerard Spong standing up for some of the world's worst criminals. In the latest show, Spong was able to convince the jury that bin Laden's connection to Sept. 11 was a product of "Western propaganda." The jury also ruled there was insufficient evidence to prove bin Laden was the real head of terrorist network al-Qaida. However, the jury did rule that bin Laden is a "terrorist who has misused Islam."

related: 9/11 media breakthrough in denmark & danish scientist on tv: nano-thermite behind collapses on 9/11, not planes 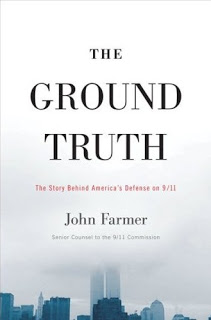 from paul joseph watson: The senior counsel to the 9/11 Commission - John Farmer - says that the government agreed not to tell the truth about 9/11, echoing the assertions of fellow 9/11 Commission members who concluded that the Pentagon were engaged in deliberate deception about their response to the attack. Farmer served as Senior Counsel to the 9/11 Commission (officially known as the National Commission on Terrorist Attacks Upon the United States), and is also a former New Jersey Attorney General. Farmer’s book about his experiences working for the Commission is entitled The Ground Truth: The Story Behind America’s Defense on 9/11, and is set to be released tomorrow. (sep8 in the US)

'rescue me' heats up with 9/11 conspiracy theories 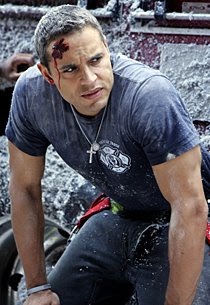 from tvguide: Rescue Me is back from its 18-month hiatus, and the early episodes of Season 5 prove the show is again firing on all its raucous and raunchy cylinders. But it's also turning a more focused eye back on 9/11 and its impact on the men of 62 Truck. In doing so, this season brings mainstream attention to widespread conspiracy theories that suggest the 9/11 attacks were an "inside job." Fireman Franco Rivera — played by Daniel Sunjata, who in real life subscribes to these same beliefs — becomes the mouthpiece for these ideas on the show, something Sunjata admits he wasn't expecting to see on his script pages. "I was pretty shocked because I happen to know for a fact that those opinions are not indicative or reflective of FX, Denis Leary, Peter Tolan, or anybody affiliated with creating the show," Sunjata tells TVGuide.com. "What I like about the way they're addressing the topic is that they're not pre-packaging it for the audience — the reactions span the whole spectrum from agreeing to vehemently disagreeing to a great big question mark. I think it's laudable and admirable that with such a hot and controversial topic, FX was willing to even include it in the show."

luke rudkowski: US media doesn't want truth
from russia today: The mainstream U.S. media isn't helping in the search for truth, says Luke Rudkowski from the social justice movement 'We Are Change'.

update1: jury deadlocks on whether officer lied to get 9/11 funds
from washington post: A federal judge declared a mistrial yesterday after a jury deadlocked on four charges accusing a former Navy commander of lying about injuries he suffered during the 2001 terrorist attack on the Pentagon to collect more than $300,000 from a victims' fund. The decision by U.S. District Judge Henry H. Kennedy came hours after the jury in Washington had acquitted the commander, Charles E. Coughlin, of three counts of mail fraud. Susan Menzer, an assistant U.S. attorney, said prosecutors would tell the judge whether they intend to retry Coughlin during a hearing May 1.

update2: wtc office towers could be put off for decades

from ap: Construction of several ground zero office towers could be put off for decades because of the failing real estate market, the site's owners said Thursday, citing an analysis that projected one skyscraper might not be built and occupied until 35 years after Sept. 11. Developer Larry Silverstein and the Port Authority of New York and New Jersey have been talking on and off for months about rewriting a 3-year-old agreement that gives the developer rights to build three out of five towers planned at the Sept. 11, 2001, terror attack site.