details emerge on new wtc7 collapse video
from corbett report: A source connected to the previously unreleased footage of the collapse of WTC1 and WTC7 which suddenly appeared on internet video-sharing site Veoh.com last weekend has revealed details about the footage to The Corbett Report. According to the source, the videos available on the internet come from a DVD that was compiled from raw footage taken in New York on September 11. The video on the internet has not been edited or manipulated in any way from the footage on the DVD, although the ‘replay’ of each collapse has been slowed down by 50 percent. The source indicated, however, that the raw footage had been edited before it was put on the DVD, thus explaining the sudden cut from a close-up of the North Tower to a long shot of the entire building with the collapse already underway… As The Corbett Report previously reported, the videos were released anonymously on the internet on November 1, 2008 with no further information. Watch the video in the player below:

video: 9/11: attack on the pentagon
from pilots for 9/11 truth: “Pilots For 9/11 Truth brings you analysis never seen before regarding the Attack On The Pentagon. Highly technical analysis presented in a way that the layman will appreciate and understand. A 757 reported to have caused the damage at the Pentagon on September 11, 2001 is analyzed based on topography, obstacles, flight data, physics, and witness statements…”

uk tv news ‘explains’ 9/11 conspiracy theories
from raw story: The UK’s Independent Television News dedicated a short segment of a Monday broadcast to briefly explaining several core tent poles of the 9/11 truth movement… Perhaps the most widely discussed theory, that there was no plane crash at the Pentagon, is also mentioned, with evidence cited as the lack of debris and the small impact hole. The program also mentions that the FBI has refused to release video footage of the object impacting the Pentagon, but failed to disclose how many cameras captured it.

Specifically, the FBI confiscated 85 video tapes which may contain footage of the attack…

Strangely absent was any attempt to summarize questions surrounding the collapse of World Trade Center 7: a highly significant event to 9/11 truth activists, still rife with questions even after the recent National Institute of Standards and Technology report. 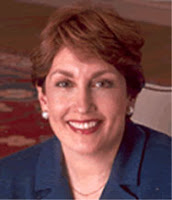 from raw story: Monday’s New York Times reported that former Deputy A.G. and 9/11 Commissioner Jamie Gorelick was a candidate for Attorney General in the new Obama Administration. Five-time Emmy winning investigative reporter Peter Lance details a shocking, but little known story about Gorelick involving the loss of a key al Qaeda operative. This is an excerpt from his 2006 HarperCollins book TRIPLE CROSS soon to be published in trade paperback:

“On December 16th, 1994, agents in the FBI’s San Francisco office made an extraordinary seizure. Mohammed Jamal Khalifa (MJK) Osama bin Laden’s brother-in-law and former roommate, was captured at a Holiday Inn Morgan Hills, California. If this arrest had been fully investigated by the FBI and the Justice Department, it might have led to the seizure of 9/11 “mastermind” Khalid Shaikh Mohammed, and stopped “planes as missiles” plot dead in its tracks. But what followed was series of missteps and bad decisions at the highest levels of the State and Justice departments that had a catastrophic impact on America’s ability to cut short bin Laden’s jihad against America.

At the center of the decision making at the time, was Deputy Attorney General Jamie Gorelick…

Even if the Feds were savvy enough to see the value in questioning him, however, they never got the chance. On January 5, 1995, a decision was made by Secretary of State Warren Christopher and supported by Deputy A.G. Gorelick, that arguably ranks as one of the most profound intelligence errors committed by any U.S. official in the years leading up to 9/11.

“Jordan is aware of Mr. Khalifah’s presence in the United States,” Christopher wrote to Attorney General Janet Reno, “and has asked for our assistance in sending him to Jordan so that he may be brought to justice. To permit Mr. Khalifah to remain in the United States in these circumstances would potentially be seen as an affront to Jordan and at odds with many of the basic elements of our cooperative bilateral relationship [and] potentially undermine our longstanding and successful policy of international legal cooperation to bring about the prosecution of terrorists.”

unseen 9/11 footage finally being released by fbi & doj
from steve watson: The FBI and the Department of Justice have released ten new videos relating to the events of 9/11, three years after a freedom of information act request for the footage was submitted. The newly released videos show footage of the attack on the twin towers in New York on September 11th 2001. Some of the videos were originally seized by the FBI in the hours after the attacks had taken place, others were handed to 9/11 investigators or discovered throughout the course of the investigation. The videos were secured by FOIA attorney Scott Hodes, under instruction from his client Mr Scott Bingham. Bingham has uploaded some of the footage to youtube and has set about writing blogs on the videos at http://www.penttbom.com.

Bingham writes: “This is the first bulk release of videos from the PENTTBOM investigative file. More will come later. How much later? I don’t know. But we requested 64 of 84 items on the ‘menu’ and we now have 10 new items.” Bingham was previously successful in securing the release of CCTV footage from the Pentagon, Citgo gas station, and Double Tree hotel, which he documented on his website www.Flight77.info. However, none of these videos provided clear footage of the impact of flight 77 into the Pentagon. Although it was Bingham’s FOIA lawsuit that forced the release of the only known footage from the Pentagon and the surrounding area on 9/11, government watchdog group Judicial Watch took the credit and released it to the mainstream media networks. During the course of Bingham’s FOIA request, he discovered that the FBI was withholding at least another 84 surveillance tapes pertaining to the attacks, and subsequently requested the release of all the withheld footage.

another un official goes public on 9/11 doubts
from corbett report: At the Osaka 9/11 Truth International Conference on Nov. 1, 2008, The Corbett Report conducted an interview with Etsuko Chida, a United Nations High Commissioner for Refugees worker who was in Kandahar on 9/11. In this stunning interview, she questions the official 9/11 conspiracy theory, raising the points that Osama and Al Qaeda were CIA founded and funded, and that it is more beneficial for the US if the boogeyman Osama is not captured… For the full interview, please click here. 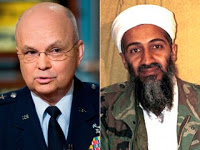 from abc: Osama bin Laden is alive and “putting a lot of energy into his own security,” the director of the CIA, General Michael Hayden, said today. He also claimed, without providing details, that the US intelligence community had disrupted an attack “that would have rivaled the destruction of 9/11.” A senior intelligence official said Hayden was referring to the 2006 liquid bomb on airliners plot that was foiled in London. “American and its friends have taken the fight to the enemy,” Gen. Hayden said in a broad roundup of efforts to fight al Qaeda. “Al Qaeda has suffered serious setbacks, but it is a determined, adaptive enemy unlike any our nation has ever faced,” he said. Without directly referring to the CIA’s offensive blitz of unmanned missile attacks in the tribal areas of Pakistan, the CIA boss said the US had successfully isolated the al Qaeda leader bin Laden, referring to him in the present tense. “He appears to be largely isolated from the day-to-day operations of the organization he leads,” Hayden said in a speech delivered to the Atlantic Council in Washington.
Embedded video from CNN Video