9/11+10: the sixth anniversary of media monarchy 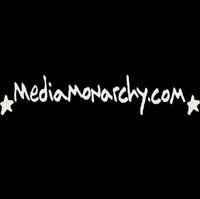 today marks the sixth anniversary of this website and i’d just like to take a moment to thank all of you for helping to make it the modest success it has become … check out some of our anniversary posts from the past; from our first post electronic behavior control system to the first, second, third anniversaries, an interview w/ richard grove & last year’s successful media stunt: portland group burns ‘9/11 commission report’ at anniversary gathering. thanks again, james … and remember: don’t hate the media, become the media!