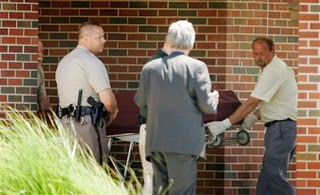 ...continuing the return to the days of clinton-era homegrown terrors & heartland errors...

from dpa: A Kansas physician at the center of the US controversy over abortion was shot to death Sunday morning as he walked into church services in the town of Wichita. George Tiller, 67, one of the country's few physicians who performed late-term abortions, had survived a previous attack in 1993. Police said they had detained a possible suspect found driving a car that met the description of the one that raced away after the shooting at the Reformation Lutheran Church in the town of 380,000 people, according to the Kansas City Star newspaper online. The attack came about 10 am, after services had begun. Tiller's murder brought an outpouring of condemnation from both sides of the heated abortion debate. Nancy Keenan, president of NARAL Pro-Choice America, said Tiller's murder sent 'a chill down the spines of the brave and courageous providers and other professionals who are part of reproductive-health centers that serve women across this country.' Tiller's clinic had been targeted by bombs, shootings and vandalism over the years. Kansas is a stronghold of the anti-abortion movement from which groups of activists fan out across the country to protest.

again, as i have stated many times before: when obama gets into office, we'll switch back to the days of waco's, mcveigh's & the false left/right paradigm of abortion, gay marriage & guns...

obama puts spotlight on murder of abortion doctor
from dpa: US President Barack Obama condemned the murder of an abortion doctor who was shot down inside a Wichita, Kansas, church early Sunday, throwing the national spotlight on the decades-old bitter struggle over the issue... Obama, a centre-left Democrat who supports access to legal abortion, took the unusual step of commenting on the killing. Earlier this month, he signaled his willingness to grapple with the issue in a graduation speech at a Catholic university and appealed for both sides to work together to help women facing unplanned pregnancies. Obama said he was 'shocked and outraged' by Tiller's murder. 'However profound our differences as Americans over difficult issues such as abortion, they cannot be resolved by heinous acts of violence,' the president said in a statement. 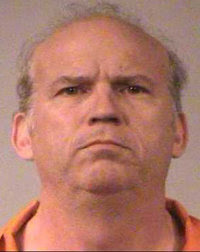