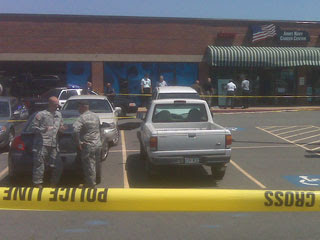 from foxnews: A gunman opened fire Monday at an army recruitment center in Little Rock, Ark., killing one army recruiter and seriously wounding another, FOX16.com reported. A man in a black SUV drove to the recruitment office and began shooting at around 10:19 a.m., a spokesman with the Little Rock police department told FOX News. The suspect, who immediately fled the scene, was later apprehended approximately four miles from the center with an assault rifle in his vehicle. 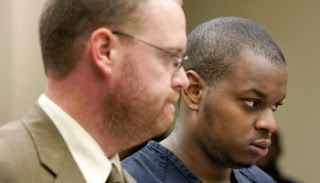 from ap: A Muslim convert who pleaded not guilty to killing a soldier outside a recruiting center had the firepower to take out many more while on a mission to "kill as many people in the Army as he could," police said. In documents released Tuesday, authorities said they recovered Molotov cocktails, three guns and ammunition from Abdulhakim Muhammad's pickup truck after the attack Monday in a suburban Little Rock shopping center that left Pvt. William Long dead and Pvt. Quinton I. Ezeagwula wounded.

3 wounded after gunman fires shots into greyhound bus
from foxnews: A gunman fired shots into a Greyhound bus in Cleveland Monday, wounding three passengers, FOX8.com reported. The gunman reportedly opened fire at approximately 3:00 a.m. Monday in downtown Cleveland. The bus driver told police he heard a smashing sound before passengers began screaming, according to the station. Greyhound spokeswoman Abby Wambaugh told FOX8.com that the bus — which was en route to New York from Chicago — had 26 passengers on board. The bus was making a stop in Cleveland when it was struck by bullets, Wambaugh told the station. One passenger reportedly sustained an injury to his left ear, but none were seriously wounded.