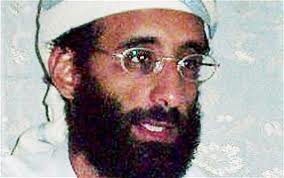 A Danger Room article reports Obama's counterterrorism crew missing big picture by focusing on physical war theaters and ignoring internet."As the United States attacks al-Qaida’s physical safe havens, the terrorist response is to congregate in online spaces, where they can’t be blown up by a Hellfire missile or shot by a SEAL." The article does find a more concerted effort by US desktop warriors. "Even if the new White House counterterrorism strategy treats the internet like an afterthought, the operational elements of American counterterrorism are more focused. U.S. Central Command is setting up online stings and infiltrating jihadi message boards." It's doubtful, anything online is ignored by intelligence even those in executive branch.

John Brennan, Deputy National Security (DNS) Advisor for Homeland Security and Counterterrorism, sets the table for imperial agenda and lends piece an air of propaganda. The DNS advisor and assistant to the President, "... called Anwar al-Awlaki, the U.S. citizen now affiliated with al-Qaida’s Yemen branch 'very, very dangerous.' How’d he get that way? Through e-mailing with Fort Hood shooter Nidal Malik Hasan and would-be Christmas bomber Umar Farouk Abdulmutallab. (Well, probably e-mailing; both men say they communicated with one another)."

It's difficult to stomach Brennan's view as Anwar al-Awlaki has taken in a Pentagon lunch with officials, suggestive of intelligence ties. Passenger and attorney Kurt Haskell had a front seat to the tale of The Underwear Bomber and the Sharp Dressed Man. Haskell believes the well-dressed man was US government, who aided "the terrorist" bypass of check-in. Webster Tarpley, political analyst, casts doubt in his fine article, "Major Hasan of Fort Hood: A Patsy In A Drill Gone Live?" on al-Awlaki, al-Qaida and Major Hasan as little more then dupes and patsies in an intelligence-organized foreign(-looking) troupe of actors.

The Danger Room article concludes there are good and bad ways to confront online jihadism, "...but to ignore it might be the biggest unforced error of all." You can determine if White House is overlooking threat and more about al-Qaida in publication, "National Strategy for Counterterrorism," if you can handle it? The only good news is al-Qaida cited more than domestic groups as key threat!