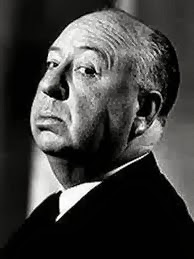 from Oldthinkernews.com: By Daniel Taylor

Alfred Hitchcock’s 1942 film “Saboteur” portrays with haunting accuracy the true nature of the Anglo-American Establishment. It is a classic case of art imitating life.

In the film, a shadowy organization known as “The Firm” carries out attacks on military installations, and in turn attempts to blame them on an unwitting patsy. The figurehead of this organization is a woman named “Mrs. Sutton”. She operates a charitable foundation in New York City that is a front for nefarious black operations.

Barry Kane, played by Robert Cummings, is the organization’s chosen fall guy. Through much tribulation, he is validated in his claim to innocence and attempts to assist the FBI in stopping an attack on a navy yard in New York. Barry takes a stand for the American people against a corporatist elite takeover of the United States. In one scene, Barry confronts the Patriarch of The Firm. “We will win no matter what you guys do!” Barry proclaims.

The film was released a year after America was attacked in Pearl Harbor in 1941, which would drag the United States into World War II. The official story of the “surprise” Pearl Harbor attack is surrounded by questions. This 1945 U.S. Army newsletter includes “…very startling Pearl Harbor disclosures.” Rep. Gearheart of California is cited as quoting FBI Director J. Edgar Hoover as saying “…he had alerted Honolulu agents 11 days before Pearl Harbor.”

The Saboteur’s plotline of a domestic conspiracy to take over and subvert the United States government is based on historical facts. U.S. General Smedley Butler testified on record in 1933 of a conspiracy of wealthy businessmen to establish a “fascist dictatorship” in the United States.