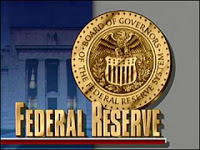 from first coast news: A massive crowd gathered outside the Jacksonville Landing Saturday, as part of a national rally to end the Federal Reserve. There is a Federal Reserve office near The Landing at 800 W. Water Street. JSO officers are filtered throughout the area, to make sure it remains a peaceful protest. The national protest was organized by bloggers. Their ultimate goal is to end the existence of The Federal Reserve System. They believe the Fed is to blame for the current economic crisis. Protestors say if the Federal Reserve continues at the current rate of spending and credit regulation, it will be the fall of America. Protestors blame the Federal Reserve for the Great Depression and say America will face even harder economic times if the fed remains in place. The protest is happening in 39 cities across America today. According to their website, endthefed.us, the "End the Fed" organization has some notable supporters, including former Republican presidential candidate Ron Paul and Minnesota governor Jesse Ventura.

americans protest against US fed policy
from russia today: While leaders in Peru grapple with the financial fallout, Americans angry at the multi-billion dollar bailout plans are protesting in Washington. They say the U.S. Federal Reserve, far from helping solve the financial crisis, is taking money out of their pockets. Today is National End The Fed day, and a number of U.S. citizens concerned with the country’s fiscal policy have gathered in 39 cities nationwide at each Federal Reserve building saying that they are sick and tired of being robbed. 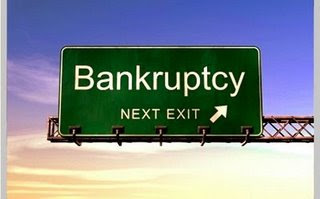 from webster tarpley: The November 22 End the Fed rallies raise a vital issue: it is past time to abolish the unconstitutional, illegal, and failed institution known as the Federal Reserve System, the privately owned central bank which has been looting and wrecking the US economy for almost a hundred years. We must end a system where unelected, unaccountable cliques of bankers and financiers loyal to names like Morgan, Rockefeller, and Mellon set interest rates and money supply behind closed doors, leading to de-industrialization, mass impoverishment, and a world economic and financial depression of incalculable severity. The Fed helped cause the crash of 1929, did nothing to stop the banking panic of 1932-33, and is the main cause of the $1.5 QUADRILLION derivatives crisis which is devastating the world. The Federal Reserve System is Wall Street’s murder weapon against the United States, and the Fed must be stopped.

The purpose of abolishing the Fed is to get re-industrialization, economic modernization, full employment, and rising standards of living for all the people. Contrary to monetarist fetishes, the value and soundness of currency in the modern world are determined by the ability of a national economy to produce physical commodities that the rest of the world wants to buy. The decline of the dollar has its roots in the wanton destruction of the US industrial base initiated by the Trilateral administration of Jimmy Carter and Feds boss Paul Adolph Volcker with his 22% prime rate. Over the past forty years, the US standard of living has declined by two thirds, and the country has become a post-industrial rubble field, a moonscape monument to the folly of a post-industrial service economy. If you want to go back to sound money, you must gear up modern industrial production so that the world will need dollars to buy goods manufactured in this country. No amount of gold will do the trick.