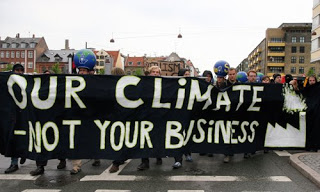 from truthnews: Despite heated objections by some Republicans, the unread 1,200-page Waxman-Markey climate bill was passed 219-212 in the House on Friday. Final roll call votes are listed here. Objecting to the fact that 300 pages were added to the bill at 3 a.m., Minority leader John Boehner attempted a brief filibuster, giving time for colleagues and aides to scan the unread extra passages and present certain excerpts on the floor. Politico blasts his effort, reporting: "That wasn’t good enough for House Minority Leader John Boehner (R-Ohio), who delayed the roll call vote by reading page-by-page through a 300-page managers’ amendment Democrats added at around 3 a.m. Friday. Boehner seemed to relish the hour-long stunt, picking out the bill’s most obscure language and then pontificating about what it might – or might not – mean."

Shockingly, co-sponsor Henry Waxman objected to Boehner’s reading the bill on the House floor, and tried to prevent it on procedural grounds so that is contents would remain unknown and no one would shift support or delay the bill’s passage. Passing “laws” in secret is not law at all– it is tyranny, and it is shameful:" Waxman also wondered if any 'historical records would be broken' by Boehner reading part of the bill and queried whether the tactic was 'an attempt to try to get some people to leave on a close vote?'" Politico reports that Rep. Joe Barton (R-TX) raised questions about whether "there was even a copy of the current version of the bill anywhere in the House chamber."

Remarkably, Ed Markey, one of the bill’s co-sponsors, rose to report that a copy was only available at the speaker’s desk or online, which Politico reports, would require members "to leave the floor to access."

Rep. Michele Bachmann stated plainly that the bill was "a choice between liberty and tyranny," claiming that the bill institute "control over nearly every aspect in the lives of the American people" and advocating the Forbes amendment. 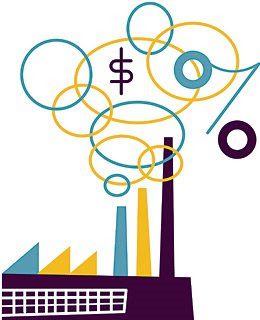 from corbett report: The sweeping new bill which just passed the House last Friday, the Clean Energy and Security Act of 2009, is ostensibly about climate change, but it is in fact a bill of staggering economic ramifications that is going to accelerate the takeover of the economy by the well-placed financiers who have already plundered the Treasury and the Fed of $12+ trillion and counting. It was rushed through the House in the tradition of such nightmarish legislation as the Patriot Act and the banker bailout of last October: hundreds of pages were added to it at the last minute and it was humanly impossible for anyone to have read it before they voted on it. This, of course, is exactly what Obama promised his administration would never allow to happen, and for good reason; bills passed in this manner are always the result of fear and panic and inevitably results in legislation that would never be passed upon sober second thought.