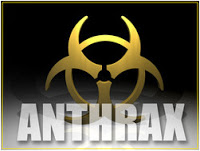 from nytimes: A federal judge found a former reporter for USA Today in contempt of court on Tuesday for refusing to name her confidential sources who had discussed a former Army scientist’s possible role in the 2001 anthrax attacks... Dr. Steven J. Hatfill, a onetime bioterrorism expert for the Army, is suing the federal government, saying his reputation was ruined by leaks to the news media from law enforcement officials linking him to the attacks. In 2002, the F.B.I. and John Ashcroft, then the attorney general, described Dr. Hatfill as a “person of interest” in the investigation into the attacks, which killed five people and remain unsolved... “I’m concerned about the ramifications of this order for all journalists, beyond just me,” said Ms. Locy, who now teaches journalism at West Virginia University.

from ap: The former head of MI6 denied Wednesday that the British intelligence agency was responsible for the car accident that killed Princess Diana and her boyfriend, Dodi al Fayed, in 1997. Sir Richard Dearlove, who was director of special operations for the agency at the time of Diana's Paris accident, testified at the inquest into the pair's death that he also believes an operation by rogue agents would have been impossible. Fayed's father, Mohamed Al Fayed, has accused MI6 of engineering the death of his son and the princess at the behest of Prince Philip, Queen Elizabeth II's husband.

from ap: Pennsylvania's highest appeals court has rejected a request by convicted killer Mumia Abu-Jamal for a hearing into his claims that witnesses in his case perjured themselves. The state Supreme Court on Tuesday issued a unanimous ruling saying the former Black Panther and radio reporter waited too long to file a post-conviction appeal in the matter. Abu-Jamal was convicted of shooting to death Philadelphia Police Officer Daniel Faulkner in 1981. A federal judge in 2001 overturned Abu-Jamal's death sentence but upheld his conviction.

from press tv: Mayor Michael Bloomberg says the results for the New York Democratic presidential primary suggest that 'fraud' has been committed. The New York mayor was pointing to unofficial results in which Senator Barack Obama reportedly received no votes in nearly 80 New York State districts. "If you want to call it significant undercounting, I guess that's a euphemism for fraud," said Bloomberg.

12 steps to financial disaster:
US economy risks mother of all meltdowns

from financial times: Recently, Professor Roubini’s scenarios have been dire enough to make the flesh creep. But his thinking deserves to be taken seriously. He first predicted a US recession in July 2006*. At that time, his view was extremely controversial. It is so no longer. Now he states that there is “a rising probability of a ‘catastrophic’ financial and economic outcome”**. The characteristics of this scenario are, he argues: “A vicious circle where a deep recession makes the financial losses more severe and where, in turn, large and growing financial losses and a financial meltdown make the recession even more severe.” Prof Roubini is even fonder of lists than I am. Here are his 12 – yes, 12 – steps to financial disaster.