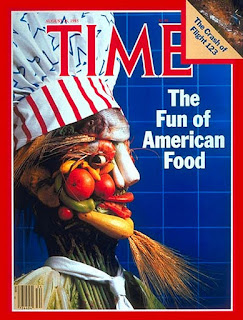 from inquirer: Americans are finding some surprises lurking in U.S. government about where the food they eat comes from.

One food revelation came when low levels of a fungicide that isn’t approved in the U.S. were discovered in some orange juice sold here. It was then revealed that Brazil, where the fungicide-laced juice originated, produces a good portion of the orange pulpy stuff Americans drink.

While the former may have sent prices for orange juice for delivery in March down 5.3 percent earlier this week, the latter came as a bombshell to some “Buy American” supporters.

Overall, America’s insatiable desire to chomp on overseas food has been growing. About 16.8 percent of the food that Americans eat is imported from other countries, according to the U.S. Department of Agriculture, up from 11.3 percent two decades ago. Here are some other facts:

— Not all juices are treated the same. About 99 percent of the grapefruit juice Americans drink is produced on U.S. soil, while about a quarter of the orange juice is imported; more than 40 percent of that is from Brazil.

— About half of the fresh fruit Americans eat comes from elsewhere. That’s more than double the amount in 1975.

— Some 86 percent of the shrimp, salmon, tilapia and other fish and shellfish Americans eat comes from other countries. That’s up from about 56 percent in 1990.