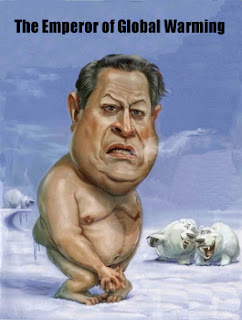 from drtimball.com: Fraud is defined as “wrongful or criminal deception intended to result in financial or personal gain.” Did Al Gore campaign to deceive the world about the role of human produced CO2 causing world ending global warming and climate change. He profited through carbon credits based on the false need to reduce CO2 and advanced his political career by “saving the planet.”

Others distorted climate science for a political agenda, but none with the intensity of Gore. One was Senator Tim Wirth who in 1993 said,

He staged the starting point of deception with James Hansen’s testimony before the Gore chaired Senate Committee on Energy and Natural Resources. He said,

“…we knew there was this scientist at NASA who had really identified the human impact before anybody else had done so and was very certain about it. So we called him up and asked him if he would testify.”

Al Gore, likely knew what was done. He became the most vocal champion of Hansen’s claims. However, he fails to provide accurate unbiased information and to correct errors, as is well documented.

Gore, like most who claim human CO2 is causing warming and climate change, will not debate. He uses personal attacks, propaganda and misleading information. He profits while accusing others of profiting. He uses science for political and personal gain by misrepresenting the facts and evidence. He refuses to correct errors even when identified in Court. It appears to fit the definition of fraud.