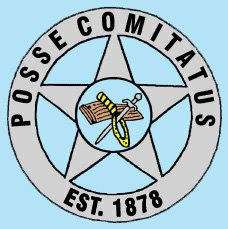 army sergeant asserts posse comitatus is not being violated

Critics, however, believe that moving an active military unit back to United States soil represents a violation of the Posse Comitatus Act of 1878, which makes it illegal for federal military resources to act as law enforcement agencies against civilians. The article included cites from critic Naomi Wolf, who based part of her opinion on an interview with retired U.S. Air Force Colonel David Antoon. Ret. Col. Antoon stated that a military coup was already under way through the actions of NorthComm, and that other branches of the government would be powerless.

Wikinews reporter Kevin Fields had an opportunity to speak with an active duty member of the United States Army, a sergeant who is currently deployed to a peace keeping mission in Iraq. Federal laws officially prevents him from giving making any statement on military policy, however he agreed to do so on the condition of anonymity. The initials used here are not his initials of his name, only used as a pseudonym. Sgt. P.S.N. was asked to review a source article from the Army Times website which provided the original breaking information, and to provide his opinions on the article as well as follow-up questions.