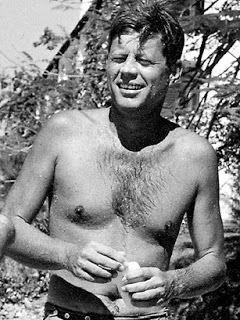 from thaindian: A new novel describes former U.S. President John F. Kennedy as a shameless sex-fiend who destroyed numerous lives. Publisher Simon & Schuster has revealed that British writer Jed Mercurio’s book, entitled American Adulterer, will describe JFK as a philanderer during his White House years. The publisher said that the book would revealed that Kennedy had an “uncontrollable and unrelenting appetite for sexual adventure,” reports the New York Post. Simon & Schuster has also revealed that the book, scheduled for release in July, will also talk about real-life Kennedy liaisons as Marilyn Monroe, Angie Dickinson and Judith Campbell Exner. Representatives for JFK’s daughter, Senate hopeful Caroline Kennedy, were unavailable for comment.

the daddy bush connection with jfk’s assassination
from op-ed news: This is merely a small sample of many, many more sites where these came from. Some may be over the top (or not), but most of them are as historically/factually substantive as the 9/11 “inside job” scenario – so validated by scientific evidence, on the spot observations, and pictures of IMPLODING, not exploding, towers!

It is limitlessly suspicious that Bush Sr. and Jr. have their hands all over the two most consecutively treasonous events which have defined American history as much as the Civil War.

ps: Naturally it’s also a matter of historical record that GRANDFATHER Prescott Bush tried to engineer a Nazi coup d’etat in America in the 30’s. The archetypal treason family of Bush’s — who also made much (most?) of their fortune with connections with the Germany’s WW2 evil incarnate Third Reich.

new bush family expose: ‘family of secrets’
from secrecy news: What does it say about the American political system that someone like George W. Bush was able to ascend to the highest office in the land, despite his meager and ambiguous record? In pursuit of an answer to that question, investigative journalist Russ Baker has constructed a full-fledged counterhistory of the last half-century as it pertains to the Bush family. He writes in his new book “Family of Secrets” that he discovered a “dimension of power” that conditions and distorts the American political process. It lies at the intersection of corporate oil interests, finance and intelligence, and the Bushes have been at the heart of it. With a brief apology to the reader, Baker revisits the JFK assassination (and George H.W. Bush’s peculiar response to it) and he embraces a radical reinterpretation of Watergate in which President Nixon is the target and victim of the conspiracy rather than its instigator. “Family of Secrets” postulates a network of politically and financially powerful individuals working behind the scenes to advance their interests at the expense of the nation.

from latimes: It’s been a grand time lately for actors playing famous U.S. political figures on film: Josh Brolin in “W,” Sean Penn in “Milk” and Frank Langella reprising his stage role in “Frost/Nixon.” Another compelling, if far less publicized re-creation of a major politician is also currently on view, this time on stage, in “Good Bobby,” a new drama about Robert F. Kennedy, written by and starring Brian Lee Franklin. The ambitious 10-character play, back at the Greenway Court Theatre after an extended run, covers RFK’s life and career from his early to late 30s, starting in 1958 with his role as chief counsel to the Senate Rackets Committee. It continues through older brother Jack’s presidential win, Bobby’s appointment as attorney general, and JFK’s assassination, ending around the time of Bobby’s 1964 U.S. Senate run.

kennedys, castros & murder
from cutting edge news: Gus Russo and Stephen Molton have produced a well-researched and compelling study of the role Cuban, Soviet, and American intelligence agencies played in keeping track of Lee Harvey Oswald, the self-styled revolutionary credited with the assassination of President John F. Kennedy, in the years before Dallas.

the mob did it (we think)
from daily beast: A new book by the long-time assassination researchers Lamar Waldron and Thom Hartmann adds some new information to the legitimate accumulating literature. Legacy of Secrecy: The Long Shadow of the JFK Assassination delves into the murder of JFK in over 800 pages of intricately documented data. It expands on their earlier Ultimate Sacrifice, which analyzed thousands of pages of released classified documents. Their findings add pieces to one of our most perplexing puzzles, and suggest where the key missing pieces may be found.

heavily researched book links jfk murder to killing of mlk & rfk
from canadian press: A new, heavily researched book on John F. Kennedy’s murder and its investigation sees links with a bagful of sensational stories, from President Johnson’s fear of a nuclear attack by the Soviets to the killing of Martin Luther King Jr. The links all connect with the main contention in “Legacy of Secrecy” that the assassination was engineered by Carlos Marcello, longtime Mafia boss in New Orleans. That theory is far from new. There’s evidence that Attorney General Robert Kennedy, the president’s brother, believed it. Authors Lamar Waldron and Thom Hartmann broaden the theme. 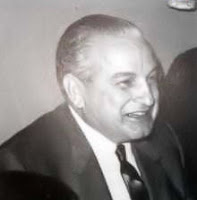 from inentertainment: A new book has been released, Legacy of Secrecy: The Long Shadow of the JFK Assassination was written by Lamar Waldron. In the book it proposes that Mafia Mobster Boss, Carlos Marcello from New Orleans had JFK killed. This is not a new theory, but the book cites a testimony from Marcello where he said “Yeah, I had the son of a bitch killed. I’m glad I did. I’m sorry I couldn’t have done it myself.” It seems that Marcello does not care who knows that he orchestrated the assassination of President John F. Kennedy. The former mobster boss also claims that he knew Jack Ruby, and he had him kill Lee Harvey Oswald. The new book which has 848 pages also looks at the links between Marcello and the murders of Robert F. Kennedy and Martin Luther King.