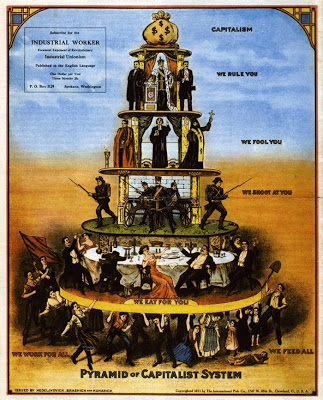 at the base of the pyramid: creating the market for poor consumers

from wall st journal: Around the world, four billion people live in poverty. And Western companies are struggling to turn them into customers.

For the past decade, business visionaries have argued that these people, dubbed the Base of the Pyramid, make up an enormous, untapped market. Some of the world's biggest, savviest corporations have aimed to address their basic needs—by selling them everything from clean water to electricity.

But, time and again, the initiatives have quietly fizzled out. Why? Because these companies were looking at it all wrong.

Put most simply: The Base of the Pyramid is not actually a market. True, those billions of low-income people have a lot in common. But they don't have two of the vital characteristics you need to have a consumer market. They haven't been conditioned to think that the products being offered are something one would even buy. And they haven't adapted their behaviors and budgets to fit the products into their lives. A consumer market is nothing less than a lifestyle built around a product.

Think of an example close to home. In the 1970s, bottled water was a foreign idea to most Americans—it wasn't part of American consumers' lifestyle. It took decades for large numbers of consumers to accept the notion of buying something you could get free out of a faucet—and turn bottled water into a big business. For many poor consumers, paying for clean water or sanitation products seems just as outlandish.

The answer? Companies must create markets—new lifestyles—among poor consumers. They must make the idea of paying money for the products seem natural, and they must induce consumers to fit those goods into their long-held routines...