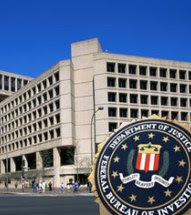 ... can the specter of the franklin scandal be far away? ...

from latimes: Federal officials rescued 52 children and arrested nearly 700 people over the last three days in a nationwide crackdown on child prostitution.

Almost 1,600 agents and officers took part in the raids, which followed investigations in 36 cities, according to the FBI, local law enforcement agencies and the National Center for Missing and Exploited Children. Included in the arrests were 60 pimps, according to the FBI and local police officials.

Authorities say the youngest victim was 10.

"It is repugnant that children in these times could be subjected to the great pain, suffering and indignity of being forced into sexual slavery for someone else's profit," Assistant Atty. Gen. Lanny A. Breuer said in a statement. He added that the latest raids show that "the scourge of child prostitution still exists on the streets of our cities."

The sweep, dubbed Operation Cross Country, is part of the Innocence Lost National Initiative, started in 2003 to address child sex trafficking in the U.S.

The initiative has rescued nearly 900 children; led to the conviction of 510 pimps, madams and their associates; and seized $3.1 million in assets, according to the FBI.

"We're having an enormous impact on this business," said Ernie Allen, president of the National Center for Missing and Exploited Children.

Most of the recovered children have been girls, who usually become victims of traffickers around age 12, Allen said.

He estimated that 100,000 children are still involved in sex trafficking in the U.S., adding that the problem is growing partly because of the recession.