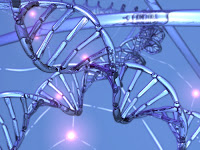 from the australian: All troops should be forced by law to give DNA samples, according to the influential lobby group Australia Defence Association.

But both sides of politics yesterday rejected the ADA's call, saying they would not support new laws compelling all soldiers to give DNA samples.

Their comments follow the revelation in The Australian yesterday that the Australian Defence Force will seek to extract and store DNA samples from its 90,000 regular and reserve troops.

The proposed DNA Repository will allow for quicker identification of bodies shattered by bombs, explosives and other high-impact weaponry. The move is a tacit admission by the ADF that it expects higher fatality rates on overseas deployments.