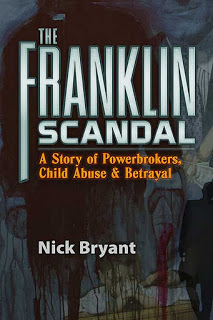 from peterbcollins.com: Nick Bryant, author and expert on child sex predators, talks about the Sandusky case at Penn State, and the Nebraska child sex trafficking ring he exposed in his book, The Franklin Scandal. Listen to the full interview here. For many years, Bryant has been studying cases of child sex exploitation and pandering. His book, based on 7 years of research, exposed a Nebraska scandal involving Larry E. King, who ran a credit union called Franklin. Bryant reports King was a pedophile who pimped underage boys and girls to powerful clients, and he compares King to Sandusky in their ability to prevent investigations. One of King’s victims was sent to prison for perjury when King beat the rap! Bryant warns that grand juries at the state and federal levels are subject to influence and manipulation, but says this week’s new indictments of Sandusky are encouraging.