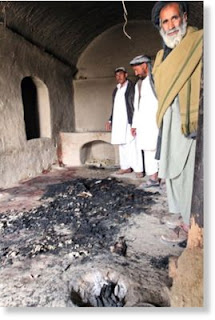 Bales Looked Like Patsy When He Had No Name: No Change 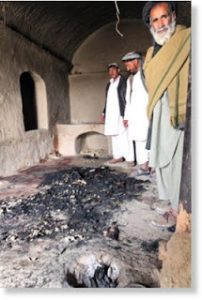 The varied posts around net, represent attempt, to examine facts rationally about Robert Bales and 3-11 murders in Afghanistan. The posts also illustrate need for more than sorely lacking media reports. There's no effort to provide a comprehensive account, and likely, for good reason.  Luikkerland.com makes clear Bales has been target of many media smears.  There's everything on Bales from drunken night club encounter years ago, a brain injury, malaria shot, post traumatic stress disorder, securities fraud, etc...all meant to distract from events on night of March 11. CNN reports recently Bales returned to base in mid-attack. Veteran's Today Senior Editor, Gordon Duff, believes everything US Army has said publicly is a lie!  Duff supplied his take on Press TV shortly after murders, the interview available on You Tube, Slaughter in Afghanistan!   Duff indicates soldiers cannot leave base on foot and necessary gas cans - to burn victims - point to vehicles. Empty Wheel supplies disciplined, insightful effort to secure solid facts in entry titled, "Panjwai: Was There One Killer at Alkozai But Multiple at Najiban?"

The Empty Wheel view of events is supplied and reminds it's only speculation. However, it represents an excellent effort to use facts to explain what happened over entire tragic night:

"To repeat, this is all a wildarsed guess. But I’m suggesting that it’s possible Bales went first to Alkozai and in a spray of gunfire killed 4 or 5 and wounded at least 5 more, then returned to the base, told others what he had done, and more followed him in helicopters to Najiban. That would explain the larger number of men described by Dawood’s children, how 11 people in 4 rooms were killed in Wazir’s home, and also how Bales was able to drag all 11 bodies to one room and attempt to burn them (though the timing is still short, given that Najiban is at least a mile from the base and Bales was reportedly gone just an hour total on that second trip). If some men followed Bales to join in the killing–rather than to find him, as the government claims–it might explain why they claim it took at least a half hour to search the FOB when what purportedly initiated the search was an Afghan guard telling the Americans one of their men had left the base (that is, the “search” story is a way to fudge the timing)."

Sergeant Robert Bales is receiving similar treatment as Private Bradley Manning nearly under total wrap.  The security surrounding Bales reveals very sensitive and precarious nature of situation.   The present writer cites reports Bales may not remember shooting, as indication of diminished capacity will likely be most acceptable course for all parties--but is it the truth? Is Bales' lack of recall an indication of something else? From this early perspective, lone killer story seems unlikely to hold up with multiple witness accounts of more soldiers and prior threats.