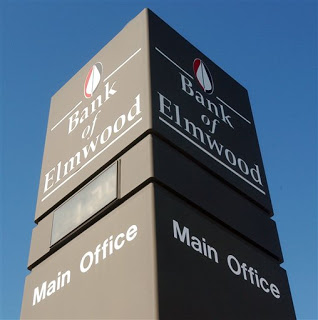 bank failures hit 106 for year; many more are weak

from ap: It's a big number that only tells part of the story. The number of banks that have failed so far this year topped 100 on Friday — hitting 106 by the end of the day — the most in nearly two decades. But the trouble in the banking system from bad loans and the recession goes even deeper.

Dozens, perhaps hundreds, of other banks remain open even though they are as weak as many that have been shuttered. Regulators are seizing banks slowly and selectively — partly to avoid inciting panic and partly because buyers for bad banks are hard to find.

Going slow buys time. An economic recovery could save some banks that would otherwise go under. But if the recovery is slow and smaller banks' finances get even worse, it could wind up costing even more.

This year's 106 bank failures are the most in any year since 181 collapsed in 1992 at the end of the savings-and-loan crisis. On Friday, regulators took over three small Florida banks — Partners Bank and Hillcrest Bank Florida, both of Naples, and Flagship National Bank in Bradenton — along with four elsewhere: American United Bank of Lawrenceville, Ga., Bank of Elmwood in Racine, Wis., Riverview Community Bank in Otsego, Minn., and First Dupage Bank in Westmont, Ill.