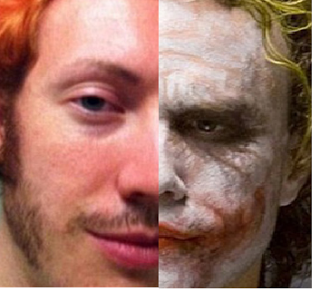 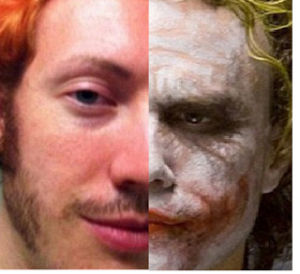 Vigilant Citizen (VC) puts question we're all wondering into title of recent article, "Was the 'Batman Shooting' a Ritualistic Murder Carried Out by Mind Controlled Patsy?" VC actually inquires into three salient areas that might make perpetrators uncomfortable, perhaps, dumbed-down masses getting close to lifting veil?  The first area concerns the school alleged shooter James Holmes enrolled?  "Holmes was pursuing a neuroscience doctoral program at the University of Colorado’s Anschutz Medical Campus. Could this prestigious academic location dedicated the study of human brain functioning and behavior also be Holmes’ mind-control programming site? The concepts stated above of “illusions that allow you to change the past” and “subjective experience” are very reminiscent to the programming of alter-personas in mind control, where illusions are indeed used to create a false pasts in MK alter-personas," informs VC. Illusions, neuroscience and subjectivity make for prime subject matter for plausible supposition about mind control, does it not?

VC also provides a little psychoactive chemistry of mind control: "Shooter James Holmes even went as far as to take Vicodin, a drug found in Heath Ledger [Holmes said he was The Joker at time of arrest, a role played by Ledger, picture right] at the time of his death. Vicodin is a powerful pain-killer with morphine-like effects that is used in mind control to “dull out” victims." The reports of Holmes behavior seem to have him detached from reality?  It's no surprise drugs are involved, and probably case, in most mind-controlled subjects.

The last and most salient area, from a occult perspective, are insights into symbolism VC supplies: "Is there a reason why this mass-murder, which occurred during the midnight screening of a movie called Dark Knight RISING took place in a city called Aurora, the name Roman goddess of dawn (dawn being the time where the sun begins to rise)? Another interesting fact: Aurora is considered to be the mother of the morning star, also know as the Light Bringer, or Lucifer."

VC is a little weak whether he's actually convinced Holmes is a mind control victim, but wouldn't be offering views without leaning towards it! The present writer feels strongly detached clinical point-by-point evaluation of case, subtracts from visceral feeling or intuition. Everyone must concede, it's a really strange case and there's something fishy here! A corollary truth suspected at play by present writer, is, the stranger a case appears outwardly, greater is likelihood there's intelligence involvement.