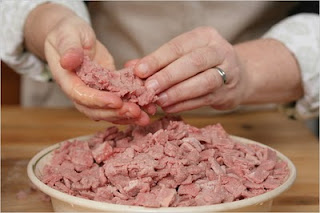 from nytimes: Eight years ago, federal officials were struggling to remove potentially deadly E. coli from hamburgers when an entrepreneurial company from South Dakota came up with a novel idea: injecting beef with ammonia.

The company, Beef Products Inc., had been looking to expand into the hamburger business with a product made from beef that included fatty trimmings the industry once relegated to pet food and cooking oil. The trimmings were particularly susceptible to contamination, but a study commissioned by the company showed that the ammonia process would kill E. coli as well as salmonella. 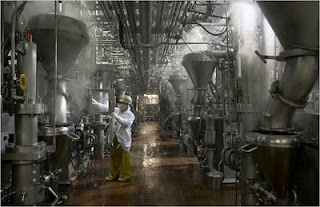 Officials at the United States Department of Agriculture endorsed the company’s ammonia treatment, and have said it destroys E. coli “to an undetectable level.” They decided it was so effective that in 2007, when the department began routine testing of meat used in hamburger sold to the general public, they exempted Beef Products.

With the U.S.D.A.’s stamp of approval, the company’s processed beef has become a mainstay in America’s hamburgers. McDonald’s, Burger King and other fast-food giants use it as a component in ground beef, as do grocery chains. The federal school lunch program used an estimated 5.5 million pounds of the processed beef last year alone.