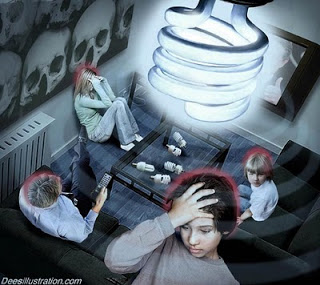 is it time to bring back the 'civilian conservation corps?*

from natural news: Compact fluorescent light (CFL) bulbs have become all the rage over the past several years, touted by many as the preferable "green" way to light a home, save energy, and promote environmental responsibility. While they may use less energy than traditional incandescent bulbs, CFL bulbs are filled with toxic mercury that, when disposed of, contaminates landfills and the environment. A report released in 2008 from the Maine Department of Environmental Protection revealed that when a CFL bulb is broken, it can release dangerously high levels of mercury into the air.

robert f kennedy jr vs don blankenship:
debate on mountaintop mining before a west virginia audience
from guardian: It was an event billed as the smackdown between the baddest coal baron around and the environmental heir to the liberal Kennedy legacy, live on stage and in the heart of Appalachia mine country. Stage right, appropriately, was Don Blankenship, chairman of Massey Energy, a meaty impassive presence, his Kentucky drawl never picking up speed or volume. On the left, Robert F Kennedy Jr, who has spent his life defending waterways, making lawyerly argument out of staccato bursts of statistics. The pairing at the University of Charleston was the perfect personification of America's deep divides: Republican versus Democrat; old industry v new, global warming denier v impassioned advocate for climate change laws. The battle in Thursday night's debate was over mountaintop removal mining, which blows the tops off mountains to get at thin seams of coal and of which Blankenship is the most notorious promoter. "This is the worst environmental crime that ever happened in our history," began Kennedy ... "It's a bunch of rhetoric and untruths," [Blankenship] returned. "This industry is what made this country great. If we forget that, we are going to have to learn to speak Chinese." Or accept early deaths, he argued, noting that expectancy in Angola is 39 years.

ukrainian black lung death toll over 1000, 1/4 million hospitalized
from business insider: The mutated version of the H1N1 Swine Flu is truly wrecking havoc throughout Eastern Europe, with the Ukrainian death toll now clocking in at 1005 dead, according to Before It's News. And to make matters worse, over 250,000 have been hospitalized over the deadly flu strain; that number is set to rise.

info commissioner: climategate scientists broke the law
from climategate.tv: The scientific unit at the heart of the climate change emails scandal broke the law by hiding data from sceptics. Researchers at the University of East Anglia breached the Freedom of Information Act by refusing to comply with requests for the data. The decision by the Information Commissioner’s Office comes months after controversial emails from the university’s Climatic Research Unit, a global leader in its field, were released on to the internet. In one email the head of the unit, Professor Phil Jones, asked a colleague to delete emails relating to a report by the UN’s Intergovernmental Panel on Climate Change. In another message, Professor Jones told how he had persuaded the university to ignore Freedom of Information requests from sceptics. Others showed how an eminent climatologist admitted it was a ‘travesty’ scientists could not explain a lack of global warming in recent years. The Information Commissioner’s Office yesterday revealed the university had failed in it duties under the Freedom of Information Act.