a tale of two stories: european biowar outbreak &
the censoring of it by mainstream media 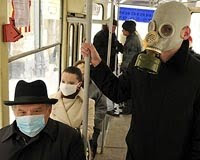 million hit by ‘plague worse than swine flu’
from express.co.uk: A deadly plague could sweep across Europe, doctors fear, after an outbreak of a virus in Ukraine plunged the country and its neighbours into a state of panic. A cocktail of three flu viruses are reported to have mutated into a single pneumonic plague, which it is believed may be far more dangerous than swine flu. The death toll has reached 189 and more than 1 million people have been infected, most of them in the nine regions of Western Ukraine. President of Ukraine Viktor Yushchenko has called in the World Health Organisation and a team of nine specialists are carrying out tests in Kiev and Lviv to identify the virus. Samples have been sent to London for analysis. President Yushchenko said: “People are dying. The epidemic is killing doctors. This is absolutely inconceivable in the 21st Century.”

unconfirmed: obama has shares in baxter
from fto.co.za: The President of the United States, Barack Obama has shares in Baxter, the company many say is responsible for the h1n1 swine flu pandemic. Back 2005 Barack Obama bought $50,000 worth of stock in two companies. Right after he bought the shares also in 2005, Barack Obama (still a senator at that time) introduced the first comprehensive bill to address the threat of avian influenza pandemic. AVIAN Act (S. 969) Then it makes it even more interesting that over $60 million dollars was awarded for a vaccine against the bird flu (2007) that at the time did not mutate till afterwards. The guy sure knows his planning, I guess that is change you can believe in. From investor to President. 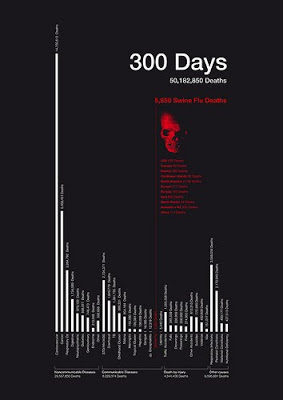 “down at the arsenal they keep the nerve gasses,
guarded day & night by caged white rabbits…”