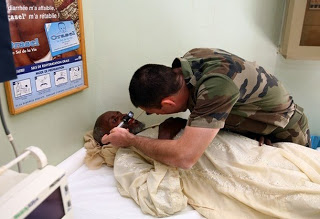 from times online: The path of a popular medicine from the laboratory to the chemist or doctor’s surgery can involve years of clinical trials on a select group of patients. When the new vaccine for swine flu arrives in Britain, regulators said this weekend, it could be approved for use in just five days. Regulators at the European Medicines Agency (EMEA) said the fast-tracked procedure has involved clinical trials of a “mock-up” vaccine similar to the one that will be used for the biggest mass vaccination programme in generations. It will be introduced into the general population while regulators continue to carry out simultaneous clinical trials. The first patients in the queue for the jab – being supplied to the UK by GSK and Baxter Healthcare – may understandably be a little nervous at any possible side effects. A mass vaccination campaign against swine flu in America was halted in the 1970s after some people suffered Guillain-Barré syndrome, a disorder of the nervous system... [Dr Peter Holden, the British Medical Association’s lead negotiator on swine flu] said it would be the biggest campaign in response to an outbreak since mass vaccination against smallpox in 1962. He said surgeries would be aiming to inoculate about 30 people an hour in a “military-style operation”.

did the swine flu escape from a lab?
from washington's blog: National Public Radio notes that Professor John Oxford at St. Bart's and the Royal London Hospital says that the 1957 H1N1 pandemic probably started when it escaped from a lab: "'We reckon now, in retrospect, it was probably released accidentally from a laboratory, probably in northern China or just across the border in Russia, because everyone was experimenting with those viruses at the time in the lab.' It was nothing malicious, Oxford believes, just some flu vaccine research that broke out of containment." Similarly, Bloomberg notes: "Some scientists have speculated that the 1977 Russian flu, the most recent global outbreak, began when a virus escaped from a laboratory." In 2005, scientists thawed out samples of the 1918 flu and tested it. A new study says that the current swine flu is very similar to the 1918 flu, and that people who lived through the 1918 epidemic have immunity to the current flu. Leading flu expert Adrian Gibbs believes the current swine flu may have escaped from a lab. It is also interesting that 2 of the 3 flu pandemics of the last century - the 1918 Spanish Flu and the 1976 swine flu scare - both started at military bases. Specifically, the 1918 flu started at Fort Riley, Kansas. The 1976 swine flu started - and never spread beyond - Fort Dix, New Jersey. It is unclear whether or not those bases conducted defensive biowarfare research.

florida preps for huge swine flu shot program
from florida today: Florida's surgeon general says the state is preparing for massive swine flu immunizations, starting with schoolchildren, as the Obama administration urges states to prepare for the likelihood that the virus might worsen in the fall. "We may end up averting a crisis. That's our hope," said President Barack Obama, who took time away from the G-8 summit in Italy to telephone another summit back home - the 500 state and local health officials meeting to prepare for swine flu's fall threat. "We want to make sure we aren't promoting panic, but we are promoting vigilance and preparation," Obama said. Kathleen Sebelius, secretary of Health and Human Services, told the swine flu summit some H1N1 vaccine should be ready by mid-October. 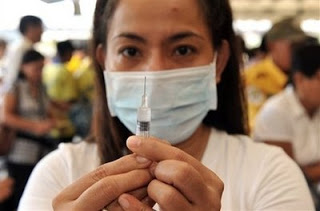 from paul joseph watson: Swine flu fearmongering is increasing in its intensity the closer we get to fall, which is the timeframe earmarked for the production and potential mandatory distribution of vaccines which may not even properly fight the virus. Despite the fact that swine flu has killed far fewer people globally than the common flu virus since it was first discovered in April, media scare stories about H1N1 “epidemics” are becoming more and more frequent. A death toll in Britain of 14, every one of whom had underlying health problems to begin with,has prompted fearmongering headlines despite the fact that the 1999-2000 seasonal flu outbreak affected more people. Add to this the fact that doctors are treating swathes of ordinary flu sufferers as swine flu cases and the exaggerated paranoia is plain to see. Reuters reports today that the World Health Organization will “issue guidance about the need for a H1N1 influenza jab” during a press conference later today or on Monday. Meanwhile, the U.S. government has put states on notice that swine flu vaccinations will begin in October. 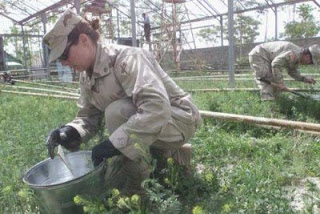 from danger room: Over a million Americans are estimated to have been infected with swine flu so far. And the government hasn’t even decided who will get the first doses of vaccination, which won’t be ready until September. It’s no wonder the military wants a national pandemic response that’s faster, cheaper, more convenient, and… growable. Leave it to Darpa, the Pentagon’s far-out research arm, to suggest gardening as a swine flu fighter. The agency is looking for proposals for a facility that can manufacture mass quantities of plants that have been genetically modified to yield antibody proteins.