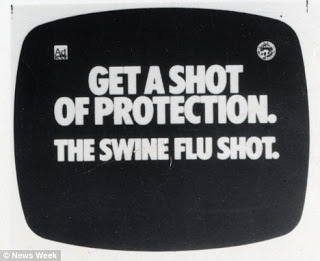 from daily mail: A warning that the new swine flu jab is linked to a deadly nerve disease has been sent by the Government to senior neurologists in a confidential letter. The letter from the Health Protection Agency, the official body that oversees public health, has been leaked to The Mail on Sunday, leading to demands to know why the information has not been given to the public before the vaccination of millions of people, including children, begins. It tells the neurologists that they must be alert for an increase in a brain disorder called Guillain-Barre Syndrome (GBS), which could be triggered by the vaccine. GBS attacks the lining of the nerves, causing paralysis and inability to breathe, and can be fatal. The letter, sent to about 600 neurologists on July 29, is the first sign that there is concern at the highest levels that the vaccine itself could cause serious complications.

plans drawn up for mass swine flu graves in uk 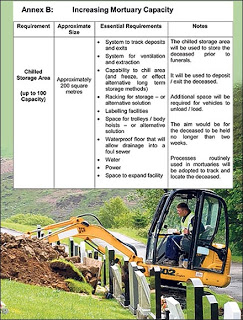 from the sun: Plans for mass graves have been drawn up to cope with a second wave of swine flu this Autumn. The chilling proposals are spelled out in a Home Office document discussed at a meeting of Whitehall officials and council leaders last month. It warns emergency plans may be needed in areas where there are not enough graves to cope. The 59-page document talks about using "a grave that is for a number of unrelated persons, excavated mechanically in advance and designed for efficient preparation and use".

pandemic vaccination:
why you should be concerned 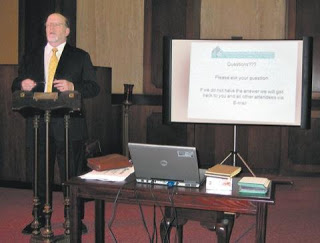 from astoria times: City officials are bracing for a surge of swine flu cases this fall and funeral home directors need to be prepared to accommodate a possible related 50,000 to 85,000 deaths, the director of the Metropolitan Funeral Directors Association told a gathering of funeral home representatives in Forest Hills last week. “As funeral directors, we really need to know what we’re about to face,” Martin Kasdan said. “When swine flu comes back, it could possibly be devastating.”

solutions to help those forced to take a swine flu vaccine 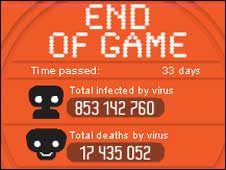 from bbc: Like many other nations, the Netherlands is battling swine flu on many fronts. At the forefront of the fight against the pandemic are the ranks of specialised doctors and millions of anti-viral tablets. But it also has one unusual weapon to call on - a videogame designed by experts at the Erasmus Medical Centre in Rotterdam. Dubbed "The Great Flu", the game is based on the threat that the emergence of a new flu virus and its rapid spread across the globe would pose to humanity. "The game is based on the need to increase public awareness to the threat posed by a pandemic and the measures in place to contain it," said Albert Osterhaus, head of virology at the Erasmus Medical Centre and one of the experts involved in creating the game. "In no way is it intended to be a substitute for any advice given by the medical authorities," he said. "Its purpose is simply to create another avenue of information." The game is played online and gives players the unenviable task of containing, as much as they can, the spread of an unknown flu virus. The more time passes, the more people become infected, more people die and more nations are hit.

be afraid: mathematical modelling of zombie attacks
from the great beyond: You can pretty much kiss civilisation goodbye in the event of a zombie outbreak, according to a new mathematical modelling study by Canadian researchers. Led by Robert Smith, of the University of Ottawa, the team modelled a variety of scenarios using techniques that would be familiar to those studying more plausible pandemics... A basic model using three classes of person – zombies, susceptible to infection, and ‘removed’ – found coexistence with the undead was impossible and following a short outbreak, “zombies will likely kill everyone”. The researchers went on to model for a cure and quarantine, as well as the potential for counterattacks to eradicate the zombie threat. Things still do not look good for humanity, they report in their paper When Zombies Attack! [304kb PDF] “A zombie outbreak is likely to lead to the collapse of civilisation, unless it is dealt with quickly,” they write in the new book Infectious Disease Modelling Research Progress. “While aggressive quarantine may contain the epidemic, or a cure may lead to coexistence of humans and zombies, the most effective way to contain the rise of the undead is to hit hard and hit often. As seen in the movies, it is imperative that zombies are dealt with quickly, or else we are all in a great deal of trouble.”

they want to inject my kids with what?:
massive documentation on the great vaccine swindle

updates: the ever-growing list of dead scientists, 87 & counting -
what did they do & what did they know about the coming biowar?