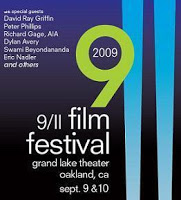 delta 1989 –
additions to the 9/11 timeline as of aug17
from 9/11 blogger: Most of the new entries in the last week have concerned the "red herring" Delta 1989, which was a suspected hijack in the day of 9/11, but was never taken over by terrorists. Shortly after the hijacking of United 93, both Delta 1989 and other aircraft had to turn to avoid the hijacked airliner, and, shortly after the Pentagon was hit, Delta Air Lines ordered the plane to land in Cleveland, but did not tell the FAA. The pilot then changed course and failed to respond to an FAA message, causing the FAA to think it may be a hijack. However, when the Northeast Air Defense Sector (NEADS) told the FAA the Delta plane was a confirmed hijack at 9:45 a.m., an FAA controller disagreed. Delta Air Lines reported four missing planes around 9:50 a.m., the same time as Cleveland airport and city buildings started to be evacuated. The pilot's failure to use a standard aviation term shortly after 10:00 a.m. made controllers suspicious, but SWAT teams and the FBI finally allowed passengers off the plane around noon.

There are also several entries about fighters being scrambled from non-alert bases, such as an unsuccessful attempt by NEADS to launch planes from Minnesota after 9:40 a.m. NEADS also contacted Selfridge Air Force Base to get unarmed jets sent after either Delta 1989 or United 93 just before 10:00 a.m., but the planes ended up returning to base instead. Pilots in Toledo originally through a NEADS request they launch was a joke, but were in the air at 10:17 a.m.

In addition to the Delta 1989 entries, there are two more about the Langley jets that took off at 9:30; they were initially given an incorrect heading, flying east instead of north, and were not immediately redirected.

Finally, nearly three years before the 7/7 London bombings, British counterterrorism officials discussed a possible terrorist attack against the London underground. Originally posted here. If you can spare a dollar or two, please remember that every donation helps.

9/11 truth ko's vibrant response false flag
from amfirstbooks: Alarmed by what they saw as the dangers of national WMD terror exercise "Vibrant Response," four leading 9/11 Truth veterans decided to issue an alert. Going by the dictum that every terror exercise has an optional plan to become a terror attack, they investigated and published the Vibrant Response script, which called for a simulated nuking of Kansas City. They added a list of the top five U.S. target cities, based upon their experience in monitoring — and sometimes interdicting — false flag terror exercises. A simple chronology shows that their concerns were warranted and their assertions were correct...

hirschhorn’s 9/11 mind swill
from jerry mazza: Congratulations, Mr. Hirschhorn, for your Online Journal article, 9/11 Mind Swell, in which you manage to straddle both sides of the 9/11 Truth Movement, both complimenting it and at the same time planting a knife firmly in its back. 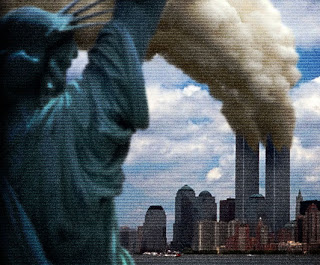 from prnewswire: America watched in horror as September 11, 2001, unfolded before our eyes. Eight years have passed and no stone has been left unturned in the painstaking process of piecing together what happened that fateful day. Yet according to a 2006 poll, 33% of us still do not accept the U.S. government's account. Were the attacks really the work of al-Qaida terrorists, or is it possible something even more sinister was at work? On Monday, August 31, 2009, National Geographic Channel's 9/11: Science and Conspiracy conducts a forensic investigation to test tenets of some of the most common conspiracy theories. Did the Twin Towers really collapse from fires, or did explosives inside cause the buildings to implode? Was the Pentagon hit by a missile, and not a commercial airliner? And why do so many people believe theories like these?