from washington technology: Booz Allen Hamilton Inc. has won a contract worth $6.3 million to conduct a biometrics research project at the request of the Air Force, the Defense Department announced yesterday. Under the contract, the McLean, Va., company will help conduct research for a new 3-D facial recognition biometrics program, DOD said. The company will conduct the research at the Information Assurance Technical Analysis Center (IATAC) in Herndon, Va… The contracting authority for the project is located at Offutt Air Force Base, Neb. 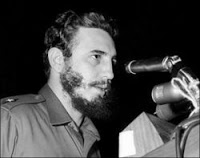 from reuters: Ailing Cuban leader Fidel Castro stepped down on Tuesday 49 years after taking power in an armed revolution, closing the book on a Cold War career that turned him into a leftist icon and a tyrant to his foes. Castro, 81, who has not appeared in public since undergoing stomach surgery almost 19 months ago, said he would not seek a new term as president or leader of Cuba’s armed forces when the National Assembly meets on Sunday.

from reuters: GlaxoSmithKline Plc’s rotavirus vaccine is associated with increased pneumonia-related deaths and other adverse reactions, U.S. regulatory staff said in documents posted on Friday. The review comes ahead of a Food and Drug Administration advisory meeting next Wednesday to consider approval of the oral vaccine to prevent the most common cause of severe diarrhea and dehydration among infants and young children in the world.

from st. petersburg times: Shawn Lonsdale, whose one-man crusade against Scientology made him a public enemy of the church, was found dead at his home over the weekend in an apparent suicide… The medical examiner’s office said the official cause of death is pending toxicology reports. It was a lonely end for a man who emerged out of nowhere in 2006 as a thorn in the side of the Church of Scientology. 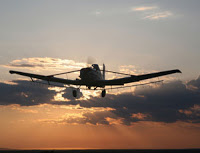 from san francisco chronicle: Hundreds of people whose homes and yards were sprayed in Santa Cruz and Monterey counties from September to December have filed reports that said the pesticide seems to have caused coughing, wheezing, muscle aches and headaches, among other symptoms. One Monterey family reported that a child had a first-time asthma attack… Spraying of the pesticide, called Checkmate, is expected to begin in the Bay Area in August and could continue for five years over San Francisco… Other chemicals could also be used.