Booz/McConnell Get $400m In Cyberwar Contracts In Past 6 Weeks

As Cryptogon notes: Guess which goons will have the largest role in recovery efforts after any ‘virtual flag terrorism‘… 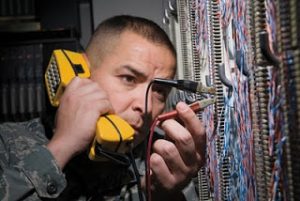 from danger room: Coincidences sure are funny things. Booz Allen Hamilton – the defense contractor that’s become synonymous with the idea that the U.S. is getting its ass kicked in an ongoing cyberwar – has racked up more than $400 million worth of deals in the past six weeks to help the Defense Department fight that digital conflict. Strange how that worked out, huh?

Everyone in the Pentagon from Defense Secretary Bob Gates on down says that the military needs to cut its reliance on outside contractors. But few firms are as well-connected as Booz Allen, the one-time management consultancy that today pulls in more than $2.7 billion in government work. And few firms sound the alarm as loudly about a crisis that they’re in the business of fixing. Back in February, for instance, former National Security Agency director and Booz Allen Hamilton executive vice president Mike McConnell declared that “the United States is fighting a cyber-war today, and we are losing.” The White House’s information security czar is one of many experts who calls such rhetoric overheated, at best. That hasn’t stopped Booz Allen from pocketing hundreds of millions of dollars from Washington to wage those battles.

That sounds not dissimilar to what McConnell asked for in February.