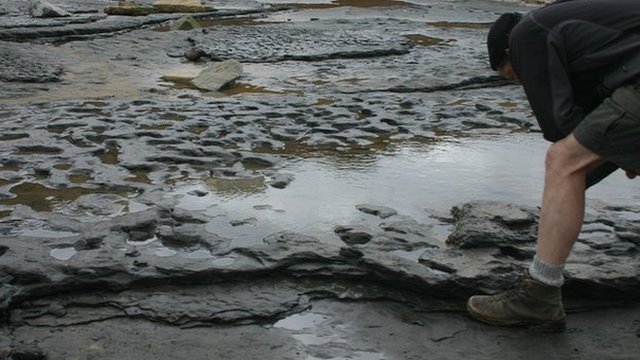 from slashdot.com: "They were a British family on a day out — almost a million years
ago. Archaeologists announced Friday that they have discovered human
footprints in England that are between 800,000 and 1 million years old —
the most ancient found outside Africa,
and the earliest evidence of human life in northern Europe. A team from
the British Museum, London's Natural History Museum and Queen Mary
college at the University of London uncovered imprints from up to five
individuals in ancient estuary mud at Happisburgh on the country's
eastern coast.",