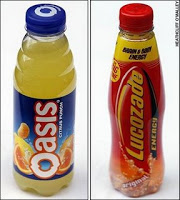 bullet shortage affects police
from ap: A nationwide spike in demand for small-arms ammunition and the skyrocketing cost of raw materials to make the bullets have forced some law enforcement agencies in Washington state to plan their orders further in advance. On average, the cost of ammunition has increased by 67 percent between 2004 and this year, according to the state General Administration office, which negotiates contracts with suppliers for state and local agencies. The woes in Washington are part of a shortage that has strained law enforcement nationwide.

from winter patriot: In the UK, the prosecution has laid out its case against the alleged terrorist plotters who have come to be known as the "Liquid Bombers", and it's much different than the stories that were leaked just after the suspects were arrested, two years ago this weekend. Those stories sparked considerable interest at this blog, where chemistry is no barrier. And the previous leaked versions of the alleged plot were utterly preposterous, as I've pointed out several times since they were leaked. But the new alleged plot -- the one testified to in court by British authorities -- is even more ludicrous than the alleged plots in any of the previously leaked stories. The technical difficulties inherent in the new alleged plot have been hinted at - just barely - in mainstream media reports, such as one from New York Times reporter Elaine Sciolino, as published in the Seattle Times...

US intel agencies tapped benazir bhutto’s phone
from thinkprogress: In his new book “The Way of the World,” Pulitzer-Prize winning journalist Ron Suskind reveals that Vice President Cheney repeatedly backed Pakistani President Pervez Musharraf over former prime minister Benazir Bhutto, who was assassinated in December. According to Suskind, the State Department strongly backed Bhutto’s return to Pakistan, but Cheney opposed it, considering her “complicated and unpredictable.” Bhutto regretted that Cheney refused to pressure Musharraf to “behave,” and instead kept pressing her to reconcile with him. U.S. intelligence agencies also reportedly intercepted Bhutto’s phone calls “for months,” including a call made to her son.

from nytimes: The Federal Bureau of Investigation said Friday that it had improperly obtained the phone records of reporters for The New York Times and The Washington Post in the newspapers’ Indonesia bureaus in 2004. Robert S. Mueller III, director of the F.B.I., disclosed the episode in a phone call to Bill Keller, the executive editor of The Times, and apologized for it. He also spoke with Leonard Downie Jr., the executive editor of The Washington Post, to apologize. F.B.I. officials said the incident came to light as part of the continuing review by the Justice Department inspector general’s office into the bureau’s improper collection of telephone records through “emergency” records demands issued to phone providers. The records were apparently sought as part of a terrorism investigation, but the F.B.I. did not explain what was being investigated or why the reporters’ phone records were considered relevant.

US cities would be locked down, quarantined under pandemic flu response plan
from natural news: The federal government would need to quarantine infected households and ban public gatherings to contain pandemic flu, according to a computer simulation study conducted by researchers from Virginia Tech and published in the Proceedings of the National Academy of Sciences. “You wouldn’t go out to the movies. You wouldn’t congregate with people,” said researcher Stephen Eubank. “You’d pretty much be staying home with the doors and windows battened down.” The consensus among health experts is that a pandemic, or global epidemic, of influenza is inevitable. The last such pandemic, in 1918, killed between 40 and 100 million people.

from guardian: Scientists are exploring the use of psychedelic drugs such as LSD to treat a range of ailments from depression to cluster headaches and obsessive compulsive disorder. The first clinical trial using LSD since the 1970s began in Switzerland in June. It aims to use "psychedelic psychotherapy" to help patients with terminal illnesses come to terms with their imminent mortality and so improve their quality of life. 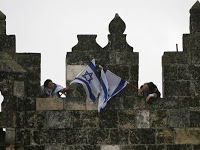 from javno: The descendants of war criminals are often marked by the sins of their ancestors. We can find examples of that across the globe and throughout human history. Somewhat more rare are cases of descendants who decided to flee from the past by running of to the descendants of the victims of their ancestors. A reporter of the Guardian, Tany Gold, discovered this paradox after reading a magazine for Orthodox Jews. The son of a notorious SS officer converted to Judaism and moved to Israel where he served the army. She also found dozens such examples. So she travelled to Israel to find out what exactly made them make such a change in their lives.