future wars 'to be fought with mind drugs'

from telegraph: Landmines releasing brain-altering chemicals, scanners reading soldiers' minds and devices boosting eyesight and hearing could all one figure in arsenals, suggests the study. Sophisticated drugs, designed for dementia patients but also allowing troops to stay awake and alert for several days are expected to be developed, according to the report. It is thought that some US soldiers are already taking drugs prescribed for narcolepsy in an attempt to combat fatigue. As well as those physically and mentally boosting one's own troops, substances could also be developed to deplete an opponents' forces, it says.

from new scientist: An airborne laser weapon dubbed the "long-range blowtorch" (644kb PDF) has the added benefit that the US could convincingly deny any involvement with the destruction it causes, say senior officials of the US Air Force (USAF). The Advanced Tactical Laser (ATL) is to be mounted on a Hercules military transport plane. Boeing announced the first test firing of the laser, from a plane on the ground, earlier this summer. Cynthia Kaiser, chief engineer of the US Air Force Research Laboratory's Directed Energy Directorate, used the phrase "plausible deniability" to describe the weapon's benefits in a briefing (powerpoint format) on laser weapons to the New Mexico Optics Industry Association in June. 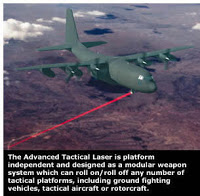 from afp: The age-old fantasy of making yourself invisible has taken a step toward reality, with scientists saying they have created three-dimensional materials that can bend visible light. For the moment, the vanishing act takes place on a nanoscale, measured in billionths of a metre. But there is no fundamental reason why the same principles cannot be scaled up one day to make invisibility cloaks big enough to hide a person, a tank or even a tanker, the scientists say. The groundbreaking experiments, led by Xiang Zhang at the University of California at Berkeley, were reported simultaneously Sunday in the British journal Nature and the US-based journal Science. 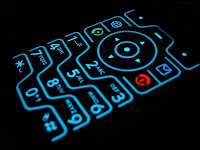 from scientific american: "This was a completely unexpected finding," Horne told me. "We didn't suspect any effect on EEG [after switching off the phone]. We were interested in studying the effect of mobile phone signals on sleep itself." But it quickly became obvious to Horne and colleagues in preparing for the sleep-research experiments that some of the test subjects had difficulty falling asleep. Horne and his colleagues controlled a Nokia 6310e cell phone—another popular and basic phone—attached to the head of 10 healthy but sleep-deprived men in their sleep research lab... The experiment revealed that after the phone was switched to "talk" mode a different brain-wave pattern, called delta waves (in the range of one to four Hertz), remained dampened for nearly one hour after the phone was shut off... Although the test subjects had been sleep-deprived the night before, they could not fall asleep for nearly one hour after the phone had been operating without their knowledge. Although this research shows that cell phone transmissions can affect a person's brainwaves with persistent effects on behavior, Horne does not feel there is any need for concern that cell phones are damaging.