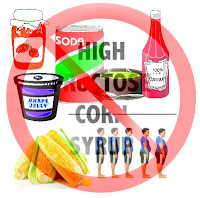 Cancer Feeds On Fructose, America’s Number One Source Of Calories

from activist post: High-fructose corn syrup is the primary source of calories in the United States. In addition to containing mercury, a known carcinogen, cancer cells actually feed on high-fructose corn syrup after it is metabolized by the liver. A new study, published in the Expert Opinion on Therapeutic Targets, examined the link between refined sugar and cancer. The results add further evidence to the reports of many health experts and scientific studies that have drawn the connection between excess sugar consumption and the development of cancer.

The researchers highlighted the numerous ways in which fructose directly contributes to cancer risk and other health problems, including:

According to Lewis Cantley, director of the Cancer Center at Beth Israel Deaconess Medical Center at Harvard Medical School, as much as 80 percent of all cancers are “driven by either mutations or environmental factors that work to enhance or mimic the effect of insulin on the incipient tumor cells.”