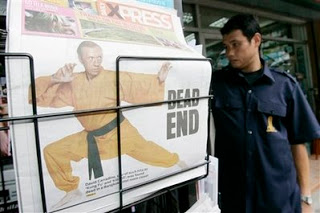 from ap: The family of David Carradine is asking the FBI and a private forensics expert to help investigate the "Kung Fu" actor's death, attorney Mark Geragos said Saturday, the same day Thai police said surveillance footage indicated no one had entered his hotel room before he died. Carradine's brother Keith met Friday with the FBI and filed reports that could lead to the agency opening its own inquiry, said Geragos, who represents Keith Carradine. The family will also seek a private autopsy by famed forensic pathologist Dr. Michael Baden to determine whether another person could have been involved, Geragos said. The actor's family hopes the body will arrive in Los Angeles by Monday, Geragos said, but he did not give specifics. Geragos said the family intervened because of conflicting information about Carradine's death and a lack of direct information from Thai authorities. "All we really know is not much more than what the public knows, and that's disturbing," Geragos said.

was actor carradine murdered for investigating secret societies?
from infowars: During a segment that aired on the Larry King Show, CNN correspondent Jerry Penacoli says the death of David Carradine “was abnormal, the death was not natural." ... Later in the segment, Penacoli says a filmmaker and director named Damian Chapa, who worked with Carradine, said he “believes that there was foul play” in Carradine’s death.

“And he said that no one else knows this but his family - Carradine’s family and friends and people closest to him, but David was very interested in investigating and disclosing secret societies. So whatever that means…”

It means you can end up dead. 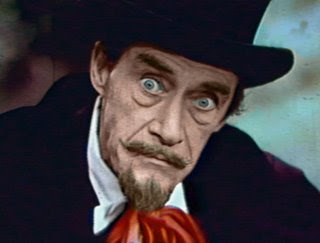 from kurt nimmo: In a response to a review of his book Blood on the Altar: The Secret History of the World’s Most Dangerous Secret Society, author Craig Heimbichner mentions several prominent members of Ordo Templi Orientis, the order of the Temple of the East, or the Order of Oriental Templars, including John Carradine, father of the recently deceased David Carradine who allegedly planned to investigate and disclose secret societies. Martin P. Starr, author of The Unknown God: W.T. Smith and the Thelemites, also claims the elder Carradine was a member of Aleister Crowley’s co-masonic Ordo Templi Orientis. In Sex and Rockets: The Occult World or Jack Parsons, John Carter and Robert Anton Wilson write that Carradine is said to have read poetry at the opening of the Agapé Lodge of the OTO in Pasadena, California. OTO draws from the traditions of the Freemasonic, Rosicrucian and Illuminist movements of the 18th and 19th centuries, the crusading Knights Templars of the Middle Ages and early Christian Gnosticism and the Pagan Mystery Schools.

update: forensics expert determines david carradine did not commit suicide
from kurt nimmo: The Associated Press is reporting that an independent forensics expert who examined David Carradine’s body has concluded that the actor did not commit suicide. Carradine’s family “released a statement from Dr. Michael Baden, who said Carradine’s death wasn’t a suicide. He said further information from Thailand is needed for a final determination,” it is reported. On June 4, a preliminary police investigation concluded that he had hanged himself with a cord used with the suite’s curtains. It cited police as saying there was no sign that he had been assaulted. “More than anyone I have ever met, David Carradine was a generous man who loved life,” recalled 'Look' writer director Adam Rifkin, who cast Carradine as his father in 'National Lampoon’s Homoerectus'. “I find it extremely hard to believe that David — who was such a hard-working, energetic and beloved Hollywood legend — was done in by his own hand.”