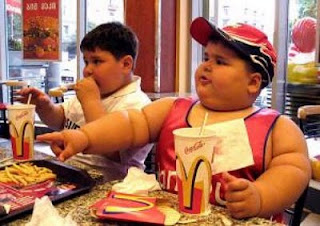 from time: Is your kid on the Dora the Explorer diet? Children say food tastes better when a familiar cartoon character - like Dora or Scooby Doo - appears on its packaging, a new study finds. And most kids prefer snacks that have the character on it, over generic packages containing the exact same food. The findings should come as welcome news to food and beverage companies, which spend more than $1.6 billion each year wooing young consumers - 13% of that total goes to character licensing and other forms of cross-promotion - according to background material in the paper appearing in the July issue of Pediatrics.

related: 40k deaths a year due in uk to junk food*