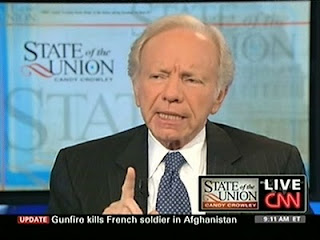 from raw replay: Sen. Joe Lieberman is telling his critics to “relax” over a bill that would allow the president to disable parts of the internet as he deems necessary. China has an internet “kill switch” and the U.S. should too, according to Lieberman.

“We need this capacity in a time of war. We need the capacity for the president to say, internet service provider, we’ve got to disconnect the American internet from all traffic coming in from another foreign country, or we have to put a patch on this part of it,” Lieberman told CNN’s Candy Crowley Sunday.

“So I say to my friends on the internet, relax. Take a look at the bill. And this is something that we need to protect our country. Right now China, the government, can disconnect parts of its internet in case of war and we need to have that here too,” he said.