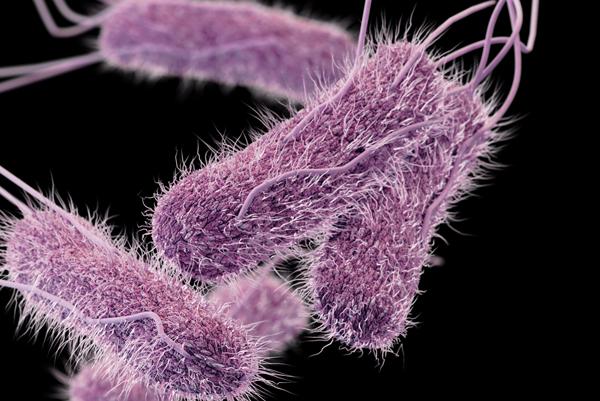 CDC Threat Report: ‘We Will Soon Be in a Post-Antibiotic Era’

from wired.com: The U.S. Centers for Disease Control and Prevention has just published a first-of-its-kind assessment
of the threat the country faces from antibiotic-resistant organisms,
ranking them by the number of illnesses and deaths they cause each year
and outlining urgent steps that need to be taken to roll back the trend.

The agency’s overall — and, it stressed, conservative — assessment of the problem:


“If we are not careful, we will soon be in a post-antibiotic era,”
Dr. Tom Frieden, the CDC’s director, said in a media briefing. “And for
some patients and for some microbes, we are already there.”

The report marks the first time the agency has provided hard numbers
for the incidence, deaths and cost of all the major resistant organisms.
(It had previously estimated illnesses and deaths from some families of
organisms or types of drug resistance, but those numbers were never
gathered in one place.) It also represents the first time the CDC has
ranked resistant organisms by how much and how imminent a threat they
pose, using seven criteria: health impact, economic impact, how common
the infection is, how easily it spreads, how much further it might
spread in the next 10 years, whether there are antibiotics that still
work against it, and whether things other than administering antibiotics
can be done to curb its spread.

Out of that matrix, their top three “urgent” threats:


There are 12 resistant bacteria and fungal infections in a second
category, which the agency dubs “serious” (requiring “prompt and
sustained action”); they include the hospital infections Acinetobacter, Pseudomonas aeruginosa, and VRE; the foodborne organisms Campylobacter, Salmonella and Shigella; MRSA; Candida,
a fungal infection; and TB, among others. The last category,
“concerning” (requiring “careful monitoring and prevention”) includes
rare but potent vancomycin-resistant staph, VRSA, as well as strains of
strep resistant to two different categories of drugs.

For each organism, the report explains why it is a public health
threat, where the trends are headed, what actions the CDC is taking, and
what it is important for health care institutions, patients and their
families, and states and local authorities to do to help. It also makes
explicit where the trend of increasing and more common resistance is
taking the country, outlining the risks to people taking chemotherapy
for cancer, undergoing surgery, taking dialysis, receiving transplants,
and undergoing treatment for rheumatoid arthritis.

The report lists some serious concerns the CDC has regarding how well
resistance is monitored: in “gaps in knowledge,” it specifically names
limited national and international surveillance, as well as the lack of
data on agricultural use of antibiotics. And it calls for action in four
areas: gathering better data; preventing infections, through
vaccination, better protective behavior in hospitals, and better food
handling; improving the way in which antibiotics are used, by not using
them inappropriately in health care or agriculture; and developing not
just new categories of antibiotics but better diagnostic tests so that
resistant organisms can be identified and dealt with sooner, before they
spread.

In an interview before the report became public, Frieden said that
some of these actions are already happening. “My biggest frustration is
the pace of change,” he told me. “Hospitals are making progress, but
it’s single digits in terms of the number of hospitals that are being
very proactive.  The challenge is scaling up what we know works, and
doing that fast enough so that we can close the door on drug resistance
before it’s too late.”

I talked about the report’s calls for action to Dr. Ed Septimus, who
is a professor of internal medicine at Texas A&M Health Sciences
Center in Houston and a frequent spokesperson for the Infectious
Diseases Society of America, the professional group for the physicians
who usually treat resistant infections.

“We have gotten some action in Congress,” he said, mentioning the
GAIN Act, which passed and offers incentives for drug development, and
the STAAR Act, which aimed to improve surveillance and antibiotic
conservation, but did not pass. “The FDA is considering regulations
that would allow a special designation for drugs for unmet needs, and
resistance would qualify; and the NIH has prioritized research on
resistance higher than it did 10 years ago. So there is movement — but
in terms of funding, it is a slow difficult process.

“Still, there are things we can do without funding,” he said:
hospitals could create their own stewardship programs, and could work
with nursing homes, whose patients bring some of the most resistant
organisms into hospitals but who usually lack the budget for infection
prevention.

“It’s up to us to make the recommendations in this report happen,”
Septimus said. “If we do nothing but say, ‘Here’s the problem,’ then the
problem will continue to grow.”