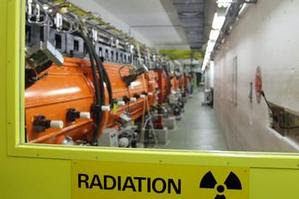 from the register: An atomic physicist who worked at the European Organization for Nuclear Research for six years has been arrested on suspicion he had links to an Al Qaeda affiliate in North Africa.

The unnamed man had been assigned to an analysis project for the organization, better known as CERN, since 2003, the group said in a press release. He had no contact with anything that could be used for terrorism, it added. He was arrested Thursday in the French city of Vienne.

His detention came as two brothers also suspected of having ties to Al Qaeda were arrested in in Vienne on a warrant issued by an antiterrorism judge at the Paris prosecutor’s office. Police didn’t release their names or nationalities, but the Associated Press reported they were aged 25 and 32.

Shortly after coming online last year, CERN’s LCH, or Large Hadron Collider, was downed by a faulty electrical connection between two magnets in the 17-mile doughnut-shaped atom smasher. It has been under repair ever since.

A CERN spokeswoman assured the AP there were no indications of sabotage and that the arrested physicist had access only to the experiment he was working on and not to the tunnel itself.

CERN is providing support to French authorities investigating the arrested man. More from the Associated Press and The New York Times is here and here.